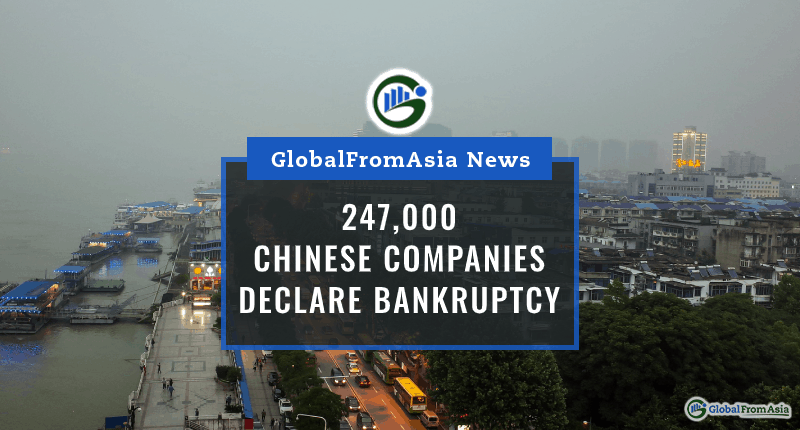 Almost a quarter of a million Chinese companies have declared bankruptcy for the first two months of the year.

Various countries have been affected by the Coronavirus pandemic. For those majorly affected, businesses have struggled through it all. China is no different. Both big and small businesses, restaurants, stores, and factories have both slowed down. Some have even ground to a halt.

One popular business writer has revealed how many companies have been affected. The writer indicated in a blog report that almost a quarter of a million companies have declared bankruptcy last January and February.

The blog report stated that Guangdong was the most affected state in the first two months. Almost 30,000 firms shut down then. Shandong, Jiangsu, Sichuan, and Zhejiang were the next states on the list.

It isn’t as if this report was not anticipated. In fact, an earlier survey showed that smaller businesses were feeling the loss of consumer activity.

The survey was conducted by Tsinghua University last February. More than 30% of the respondents said that they were feeling economic damage from the pandemic. They also added that they wouldn’t survive another month.

Almost 60% of the respondents from another survey stated similar sentiments. They said that they would only last three months in the current conditions they are in.

It is unsurprising that the companies most affected were the new companies. These are the startup companies that are under three years old.

Apart from the age of the companies, the report also indicated the affected industries. The most affected industries were retail and hospitality. This was mostly because of the social distancing measures that people needed to follow.

This too was reported earlier. A report from the China Chain Store and Franchise Association (CCFA) was released a couple of months ago. It said that sales in China had dropped by half. Restaurants were also only earning a third of their original profits.

Other industries affected include construction, farming, and rentals.

It is common news that businesses have been affected by the pandemic. However, there are certain companies that are staying strong amidst the suffering. These are mostly companies that are aiding with the frontliners’ efforts to battle the virus.

The data came from business data platform Tianyancha’s report. According to the report, almost 30,000 companies have been working hard since February. These companies were not initially offering health services.

However, with what was happening throughout the world, it was added to their scope. These include certain healthcare services and the manufacturing of essential medical equipment.

Apart from that, internet companies have also stepped up. Internet providers have seen the rising need in the midst of the pandemic. Online classes and virtual meetings are spreading just as fast as the Coronavirus.

One final point to indicate is the closing of certain government offices. Due to these closings, certain companies were not able to file for their bankruptcy. Thus, with China starting back up, we can expect more Chinese companies to file for bankruptcy.