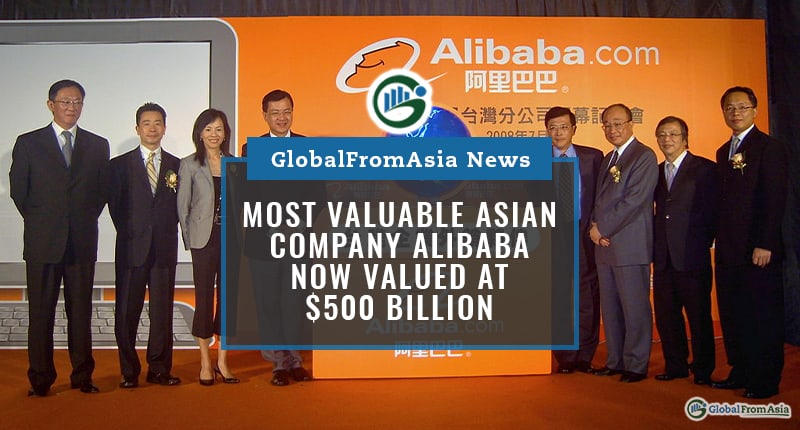 China tech giant Alibaba is now the most valuable company throughout all of Asia. It’s total market cap is more than $500 billion.

The Rise to Power

It was a good year, not only for Alibaba, but for tech companies in general. This year, the tech cycle was on an upswing. Add the fact that economies were starting to recover as well, and that resulted in investors jumping on board.

All of these factors helped to push Alibaba to where it is now.

One other factor to credit is the low interest rates that can be found around the globe. As these factors move into the new year, it could push the needle towards Alibaba’s benefit even more.

The Nikkei Asian Review looked at where Alibaba was valued roughly around the same time last year. They saw that Alibaba’s market value grew to a staggering $570 billion. This brings it to the number seven spot in top companies throughout the whole world.

This growth was a massive 60% jump from where it once was a year before. In comparison, Amazon and Google’s alphabet only grew by roughly around 20 to 30%.

This valuation puts it right between Facebook and Berkshire Hathaway. The former is valued at $588 billion and the latter is at $554 billion.

This is the first time that Alibaba became the best company in Asia since it first burst onto the scene in 2014.

Internal Factors and Other Companies

One analyst in Beijing pointed out other things that helped to push Alibaba to the number one spot.

For one, the analyst indicated that China’s population has a growing amount of disposable income. More and more cities have also been taking the steps up the tier-ladder system.

The analyst also indicated that the retail activities of Alibaba were not subject to the current trade wars happening between China and the United States. On the other side of the spectrum, hardware, logistics, and other such sectors took the brunt of that force.

Last November saw Alibaba’s second listing in Hong Kong. When this happened, investors flooded the market. As much as $11 billion worth of shares were purchased in this time period.

While Alibaba is the number one Asian company in the world, Tencent Holdings takes the number two spot.

A year prior, Tencent Holdings was actually the market cap leader. They had grown by as much as 20% through to December, but they were hurt by decreased advertising sales. Another factor that affected their performance was the growth in popularity of ByteDance, the owners of TikTok.

One other company to look out for is Meituan Dianping. This Chinese tech sector’s star is rising quickly due to the support of Tencent Holdings. Tencent invested as much as $76 billion into Meituan Dianping’s super app.