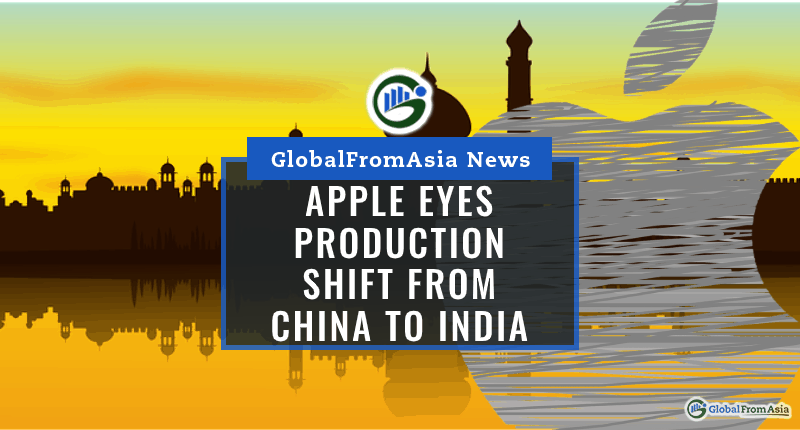 Apple is looking to shift its current production capabilities from China to India.

For the longest time, China has been the production hub of numerous companies. However, the pandemic has changed all that. With the country in lockdown and factories in a standstill, companies are starting to look for alternative solutions.

Tech giant Apple is one of these solutions. For the longest time, their production facilities have been in China. But Apple’s profits – like most if not all companies’ – have been affected by the pandemic. They are looking to other countries to shift their production capabilities.

The country currently in their sights? India.

While they are planning the move, it seems that they are wary of quickly shifting their eggs from one basket to another. That is why they are only shifting a fifth of their capabilities to India.

The deal is currently underway. Apple officials and India’s government officials have been in talks for the past few days.

The goal of the move is to increase their local manufacturing revenues. A journalist from Economic Times says that Apple plans an increase to their local revenue to USD $40 billion. This will be the new revenue goal for the next five years.

Most of the $40 billion is expected to be earned through exports of smartphones. These will be exported through Wistron and Foxconn, their contract manufacturers. They will also be availing benefits from the Indian government’s production-linked incentive (PLI) scheme.

The PLI scheme has been specifically set up by the Indian government to attract businesses who want to leave China. For smartphone manufacturing, they are offering total incentives amounting to Rs 48,000 crore. They have a total of three schemes.

While the PLI scheme seems to be a win-win, not everyone seems to be onboard with it though. One source close to Apple said that there are some problems with the clauses.

One of the problems was that the machinery and plant are currently being valued at 40% of the original value. This source also mentions that the extent of the business information from the scheme is acting as “irritants”.

The flip side though is that If this deal were to push through, Apple would end up becoming India’s largest exporter.

Apple currently sells more than a USD $1 billion worth of smartphones. Less than half is manufactured locally. The company also has a 2 to 3% stake in the country.

When they were in China, Apple was employing almost 5 billion people from the country.