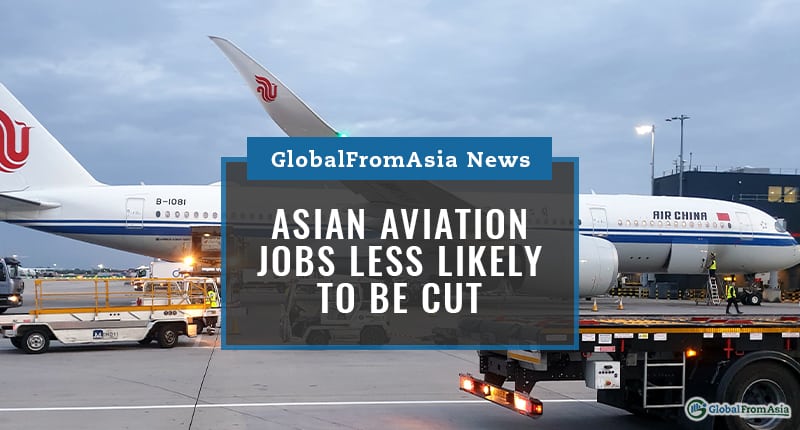 Asian aviation jobs are less likely to be cut as opposed to their European (EU) and United States (US).

The head of the aviation industry association just reported on the standing of Asian aviation carriers. This head represents several of Asia’s biggest carriers.

He states that jobs in the Asian aviation industry are going to hold strong. This doesn’t necessarily mean that there won’t be cuts. However, compared to the EU and the US, the gap in scale is definitely notable.

The EU and the US have both optioned and cautioned aviation employees that workforces will definitely shrink.

Despite Asia being inflicted with the Covid-19 virus first, they have not chosen the same options. Instead, they have opted to lessen pay rather than cut jobs. For now at least.

The director general of the Association of Asia-Pacific Airlines (AAPA) explained the position of Asia. He said that Asia has already seen less job cuts so far. Asian aviation companies have either opted to put employees through no pay leaves or furloughs until they are back on their feet.

Cathay Pacific just announced a second round of unpaid leaves for their employees. The numbers reached 33,000. This came right after the Hong Kong (HK) government announced their own bailout plan worth HK$39 billion.

Cathay Pacific then said that they would seek the help of the HK government to help in paying for more than 27,000 employees. This would join forces with their own wage subsidy scheme. They hope that this will help avoid redundancies in their workforce.

While job cuts are not on the menu for now, Cathay Pacific stated that it could not rule it out as they review in later quarters.