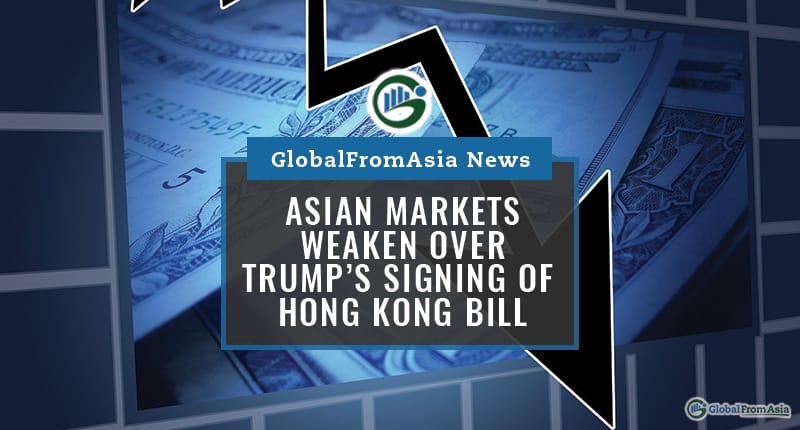 The decreasing was held to less than one percent for each market. The biggest decrease was 0.5% from China’s Shanghai Composite. The lowest was Japan’s with 0.1%. Despite the small percentages, it is still a direct effect of the new Hong Kong bill.

Chief among them would be Alibaba. They increased by more than 5%. The share is now at $26. Compared to its debut this week, it has risen by 16%.

Similarly, Xiaomi – a smartphone manufacturing company – also improved. They went up by more than 2%. Late last week, they were able to report their revenue of $7.6 billion for the third quarter. While the net profits were lower than expected, the company adjusted and analyst estimates were reached.

Apart from the effect on the Asian markets, the new bill may affect the US-China trade talks.

For a long time, the US and China have been trying to come to terms to a trade deal. One of the biggest (and most recent) bones the US had was the alleged stealing of intellectual properties (IP).

China officials have initially denied any and all allegations of this theft. However, they did try to appease the US. They were recently planning on passing a law that protected foreign companies that are operating in China.

This was a good sign for the trade talks.

However, this is only one of the issues that has hindered the trade talks. For one, China wants the US to rollback tariffs. President Trump has made it clear that he is unwilling to do so.

On the other side, the US wants China to make structural changes. These changes have national implications that cover a wide-array of problems.

US President Donald Trump signed the bill last Wednesday. It was an expected move, but one that still came with reservations.

The bill was passed unanimously. The overwhelming support meant that it would be a no-brainer for President Trump. However, there were rumblings prior to the signing. People still wondered if President Trump actually would.

The Hong Kong Human Rights and Democracy Act inserts the United States into the Hong Kong picture. This new law would require the US to check on Hong Kong’s “special freedoms.” If they do not qualify, then Hong Kong’s status for the US may be pulled.

The ramifications would be devastating, as Hong Kong acts as a financial hub. It would also hurt Hong Kong’s economy.

As expected, China did not react kindly to the bill. They said that it interfered with the domestic policies of China.

However, the protests have been growing more violent with each week. Lawmakers and senators stepped in because they could not stand by and see Hong Kong’s citizens suffer.

It will be interesting to see the evolving relationship of the US, Hong Kong, and China moving forward.