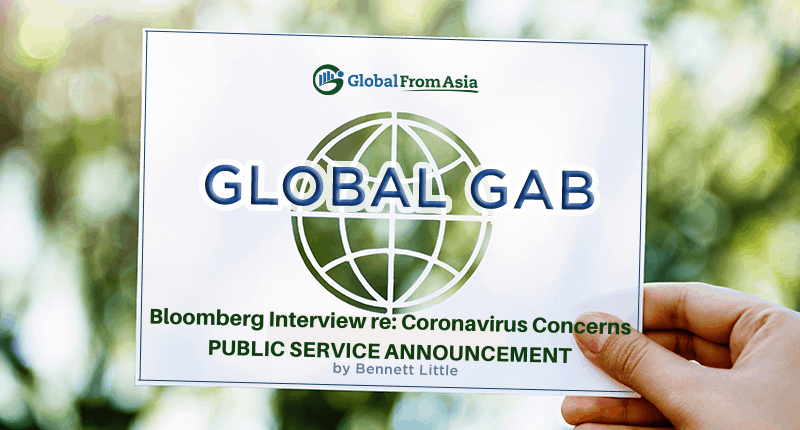 Good afternoon from Canada – so that there be no misunderstanding, I state unequivocally that the following and the attached are not political in any way, shape, or form. There has been an enormous amount of misinformation disseminated through various media worldwide, partially because no one anywhere has a handle on this virus – what caused it, how it came into the human system…there is still some legitimate doubt that it originated in Wuhan despite that city now being the perceived centre of the contagion.

But, when people are scared, they act illogically and they more than ever want to feel that the powers that be have their citizens’ best interest(s) at heart – and, in the face of the unknown, they want to feel safe and feel that they are providing safety for their loved ones.

During the SARS situation, people heard that vinegar was the answer and they were drinking it and washing their walls, floors, and clothes with it. There wasn’t a bottle of vinegar to be had of any type within 1500 kilometers of Guangzhou, And then there was the nuclear disaster in Japan – the response in China to avoid radiation sickness was to eat as much iodized salt as possible. Unfortunately, the iodine in iodized salt wasn’t the correct iteration and, anyway, they would have had to eat pounds of it per person to presumably counteract the effects of radiation.

My point is that, when people are scared, they will latch onto anything that is a presumed lifeline. And governments, no matter what their political philosophy, must be seen to offer their citizens this mental relief.

So I ask you to read the interview conducted by Bloomberg that was just available today (attached). Cutting to the chase, it stresses that handwashing is the most vital defense against this insidious virus – and it explains why.

For a review on how to really wash your hands well, I call your attention again to the video interview with Dr. Joyce Lai featured in the South China Morning Post of January 22nd, 2020.

Finally, I draw your attention to the passing today of Dr. Li Wenliang of Wuhan, who was among the first to identify the coronavirus as a new virus and who continued documenting and comforting the sick at the risk of his own life, a risk which sadly became all too real. May he rest in peace and may is memory be as a blessing.