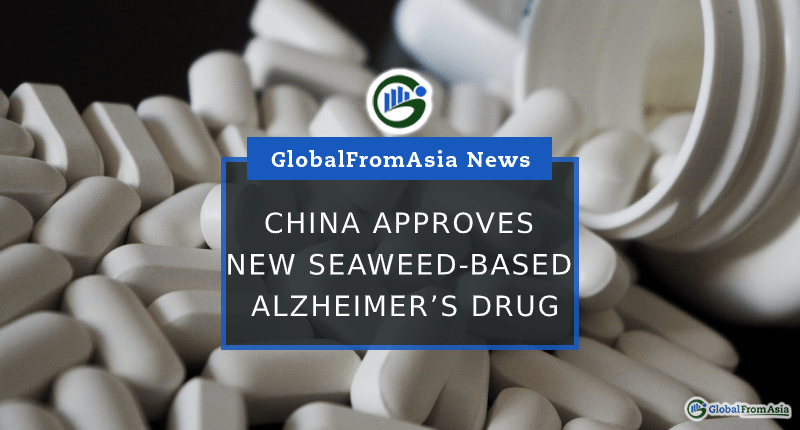 China has just approved a new drug that will help patients with Alzheimer’s disease. The drug is called Oligomannate. It is based on seaweed.

The news is particularly important. Successful efforts to battle Alzheimer’s are few and far between. It is a much needed win for people with Alzheimer’s disease.

As one scientist in the field puts it, Oligomannate acts like a ray of sunshine through darkness.

Alzheimer’s has been around for years. It was first discovered more than 100 years ago. Since then, it has continued to perplex many people.

Scientists have always tried to cure certain diseases. Alzheimer’s was no different. The only thing that was different though was how elusive it was. A cure or a treatment was very hard to come by. Many drugs and treatments were tested, but ultimately failed.

That is why Oligomannate is so important. It is a breakthrough for the both the medical and Alzheimer’s community.

The spark that eventually led researchers to this new drug flashed in 1997. Researchers saw that the elderly who were eating seaweed regularly had little to no occurrence of Alzheimer’s disease.

Currently, this drug seems to be the only one with the potential to reverse Alzheimer’s.

Lead researcher Dr. Geng Meiyu explained how the drug works in a paper last September. They stated that Oligomannate does several things in a human body. It stops harmful proteins from forming. It also reduces the brain’s inflammation. It does so by controlling the bacteria in a person’s intestines.

It is no miracle drug though. There are still restrictions to its efficacy. Oligomannate is good for treatment to those with “mild to moderate” Alzheimer’s disease. It can improve their cognitive ability.

Alzheimer’s is divided into seven stages. Oligomannate is only effective up until the fourth stage. At this stage, those affected have a hard time remembering what they ate for breakfast, counting, and doing things they would normally do throughout the day.

In 25 years or so, there will be 150 million patients with Alzheimer’s disease. The World Health Organization states that almost a quarter of this number will be found in China.

People are speculating about the news of this new drug. On one hand, people believe that it was a real breakthrough. Others think that is due to plain old competition.

Last month, US company Biogen was also trying to seek approval for their new Alzheimer’s-related drug.

Despite that, there are some signs that indicate that it is the former.

The biggest and most important sign is how the Chinese government has approved the drug with conditions in place. They stated that the manufacturers must continue to evaluate the efficacy and safety of the drug.

Earlier tests were positive. Of a group with 800 participants, there was a 2.5 point improvement on their cognitive test scores.

The drug is being produced in a plant in northeast China. The pipeline states that it will be available domestically by the end of the year. As for internationally, they are planning on building a facility that meets the standards of America.

They aim for that facility to be completed in three years time.