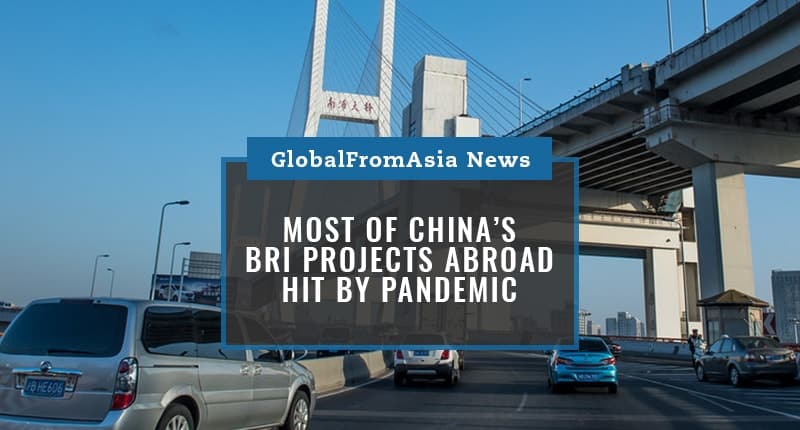 China’s Belt and Road Initiative (BRI) projects abroad have been adversely hit by the pandemic.

The BRI is a billions worth plan from China. This project was launched back in 2013 when President Xi Jinping came into office. It has several objectives.

First, it is to extend its influence in foreign countries. It will also boost China’s trade and investment. Finally, it will link Central Asia, Southeast Asia, Africa, Europe, and the Gulf Region via land and sea routes.

They will do so by building infrastructures via the funding from countries all over the world.

While there are many projects and goals, the flagship project of the BRI is the China–Pakistan Economic Corridor (CPEC). This seeks to connect Gwadar Port in Pakistan’s Balochistan with China’s Xinjiang province.

Recently though, one Chinese official came out and said that this massive plan is being negatively affected by the Covid-19 pandemic.

The official said that about a fifth of the BRI projects from countries in Asia, Europe, and Africa have been seriously affected. Then, 40 percent of the projects have been adversely affected, while another 30 to 40 percent has been only “somewhat” affected.

Just last week, China held a conference that sought to jumpstart the BRI project once again. Despite that, several projects were disrupted. These included the 60 billion CPEC flagship project.

India protested to China regarding CPEC. The CPEC road was being created through Kashmir, which is occupied by Pakistan.

Apart from India, several other countries chose to stop the BRI projects. These include countries like Malaysia, Indonesia, Cambodia, Sri Lanka, Bangladesh, and even Pakistan.

The BRI projects are not the only ones affected by the pandemic. Jakarta-Bandung high-speed rail and Cambodia’s Sihanoukville Special Economic Zone were also hindered.

Last January, the BRI projects were valued at nearly USD $4 trillion. At the time, the projects were moving forward all over the world.

However, due to the pandemic, certain countries have been struggling to repay their debts. These include countries in Africa and Asia.

Many small countries are also struggling with their debts to China. Sri Lanka, for instance, gave a port to China in 2017 because they couldn’t repay their debts. It is on a 99-year lease.

With these hardships a reality, various countries are asking for understanding from Beijing. They want to either freeze the repayments or bring debt cancellation onto the table.

President Xi recently promised African countries that they would stop all interest-free loans this year. He also asked Chinese institutions to speak with African countries regarding “commercial sovereign loan arrangements.”