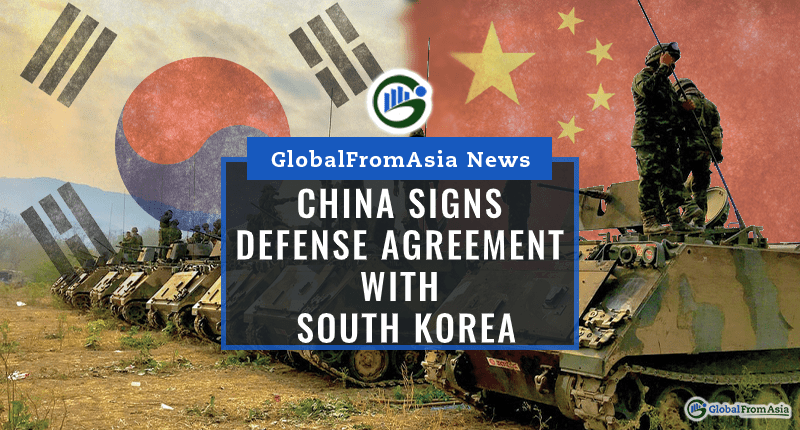 China has signed a defense agreement with South Korea. This comes days after tensions between the United States and South Korea have reached a boiling point.

The defense ministers of both China and South Korea have come to an agreement. Their agreement states that they will develop both their country’s defenses. In doing so, they will provide a strong and stable front for north-east Asia.

They will be doing this by creating military hotlines between their countries. This will allow for South Korea’s defense minister to visit China next year. This visit will advance their defensive cooperation.

Strange as it may seem, this new Asian partnership started from the United States. In recent history, America has stationed troops in South Korea. The American government has been asking for a fee from South Korea to keep their troops there.

This particular year, Washington was asking for a total of $5 billion. This figure was a massive jump from the previous year’s fee. The previous fee only amounted to $923 million.

Local newspapers in Korea reported how the country felt about the excessive fees. They said that this may jeopardize the partnership between America and South Korea. The perception is that the mutual defence treaty between the two countries was only used to make money.

Almost 100% of South Koreans were against paying the excessive fees.

Straws on the Camel’s Back

Apart from the fees, the United States is also pushing for South Korea to extend an agreement with Japan. Currently, an agreement between these three nations allows for the sharing of military information.

However, the pressure being put on South Korea to sign the extension is not appreciated.

South Korea has put forward some demands for the extension though. They say that the extension will only be extended if Japan will allow certain chemicals to be exported. These restricted chemicals largely help South Korea’s microchip industry.

In addition, the United States also has troops in Japan. Last July, the American government asked for $8 billion to keep more than 50,000 personnel.

One analyst suggested that these fees and the way they are being carried out will have adverse effects. The analyst stated that it could create an anti-American sentiment around the globe.

The threat of weakened alliances looms in the distance. That same analyst pointed out that what is happening right now is nothing short of extortion. In the end, it may also benefit other nations like Russia, North Korea, and China.