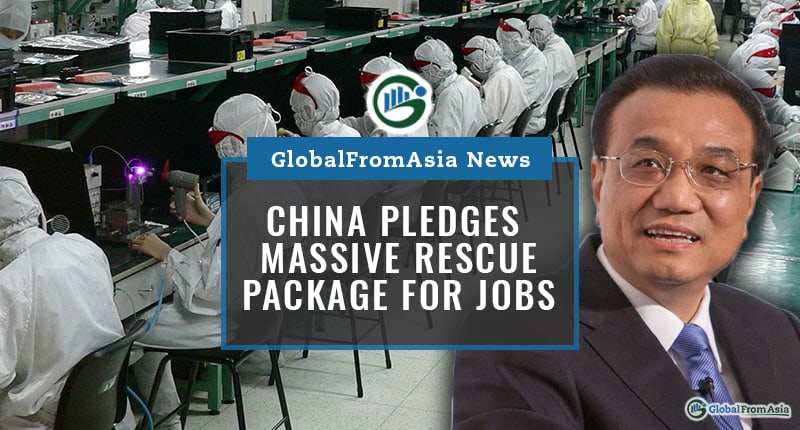 China has just pledged a massive rescue package that will help people keep their jobs and livelihoods. This is the biggest economic rescue package proposed to date and hopes to stave off the effects of the Coronavirus.

China’s rescue package is currently valued at 4 trillion yuan or USD $559 billion. It was taken from the cut costs of the country. It is aimed primarily at the factories and merchants who have suffered due to the Coronavirus. It is noted to be the biggest economic rescue plan in history.

The plan has 2 trillion yuan in extra fiscal spending and issuances of government bonds. Apart from that, the government is cutting general and business costs.

This is not the first time that China put together a massive rescue package. Back in 2008, during the global financial crisis, China also put together a 4 trillion yuan stimulus package. This plan was geared towards the spending of the country that was bleeding the country dry.

In the end, it left China with a massive debt hanging over its head.

This time, the plan is geared towards making sure that people are employed and that certain market entities are helped.

Li also adds that the country has a number of other policies reserved. These include financial, fiscal, and security policies. He adds that it will be rolled out without any hesitation when the need arises.