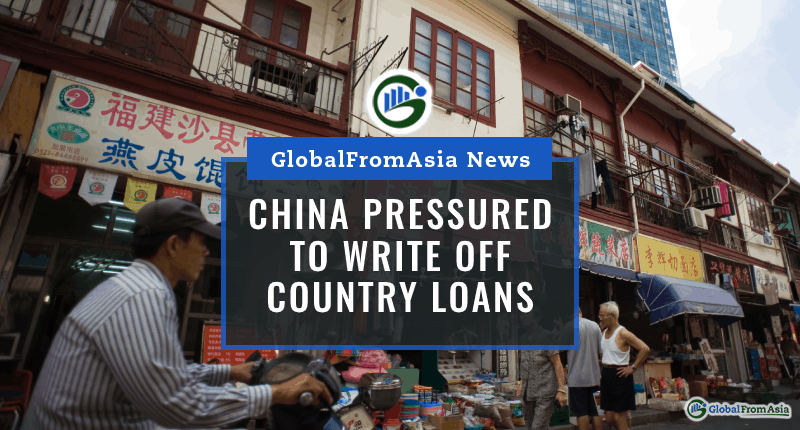 China is under pressure to write off loans that it has saddled on other countries.


Currently, numerous countries owe China money. This is mainly due to their massive infrastructure plan called the Belt and Road Initiative (BRI).

The BRI is China’s plan to link multiple countries. It’s aim was to create networks through seas, rails, and roads. These networks would connect countries from Central Asia, Europe, and Africa. Another goal is to boost trade between these countries.

As such, the Chinese government has funded billions into the member countries. These countries borrowed heavily from China to fund their own projects.

However, the plan was heavily criticized. The main point of contention is that it has saddled many countries with debt.

The big problem now is the pandemic. With the current state of affairs, countries included in the BRI are finding it hard to pay back their loans. It is mainly because of how the pandemic affected the economies of countries.

Big BRI projects from some countries have ground to a halt. These include Sri Lanka, Indonesia, Malaysia, Pakistan, and Cambodia.

Apart from that, multiple projects have also been put on hold. This is mainly due to the lack of labor and the inability to gather the required supplies and resources. Both of these factors had a hard time reaching the target sites.

A partner at the Baker McKenzie law firm explained how the pandemic affected the repayments to China.

He said that the pandemic hurt the export revenues of each country. The pandemic has also led to an increase in domestic spending. If we take these two together, it has depreciated the value of countries’ currencies.

This then has an adverse reaction to the ability of borrowers to “meet forex denominated debts” owing to banks in China.

All of these together contribute to countries struggling to repay their debts to China.

There are a number of options available to countries that cannot repay their debts.

For one, various countries have already asked for some debt relief. These could come in the form of interest waivers, an extension on the deadlines of their payments, or to suspend the payments altogether.

Another route that they could take is barter deals. Some loans from China have been paid back through barrels of oil. This practice has been called “opaque” by the World Bank. This is because it hides the true nature of value of the payment.

A senior analyst at Verisk Maplecroft explained the effect of these oil payments. He explains that the pandemic has significantly decreased oil prices. This means that countries will need to produce more oil.

The main flaw here is that the pandemic has also affected various industrial projects. Thus, countries will struggle to reach the required production level. If this happens, China may be given certain assets or be repaid in assets.

The biggest sought option is the writing off of the loans. China is already under pressure to do so. Moreover, they are already showing signs of doing so.

Chinese lenders may be forced to adhere to the force-majeure clause. This clause takes effect when a natural catastrophe stops a party from fulfilling their payment obligations.

They may also forgive the debts due to how important the BRI project is to China overall.