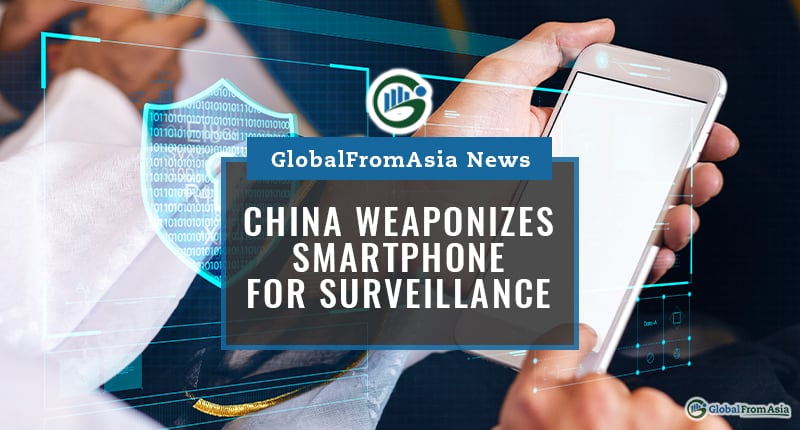 China has weaponized smartphones for surveillance purposes. Forbes has published an article revealing a file sharing app is being used to target the Uighur Muslim popoulation in China.

Back in 2012, a China app developer unveiled Zapya. The pitch was that Zapya was for file sharing. They said that the app made it easier to share files between people. Users can share apps between phones in a seamless and convenient process.

In a connected world, who wouldn’t want to share files? People seemed to think so. Since it launched seven years ago, the app has already been downloaded more than 400 million times.

However, a report has just been leaked saying that it was being used for other purposes. Apart from its file sharing applications, the Chinese government has also been using it to spy on users. Specifically targeting the Uighur population.

A Forbes report said that if the Chinese government sees this app, it can lead to an investigation. If they find certain files, it can lead to jail time. People only escape if their behaviors and thoughts are changed.

The source of this came from the China Cables. This is a leaked report by the International Consortium of Investigative Journalists. The document laid out how wide China’s surveillance reaches, and how it is all put together.

Zapya is not the only app that China monitors though. The report indicated that if authorities found WeChat or WhatsApp, these are flags that allow for investigations. It indicates that the communications of the Uighur population are being monitored all the time.

At the time of the report, the developers of the Zapya app have not released a comment.

Last May, the Xinjiang authorities created their own mobile app that accesses the Integrated Joint Operations Platform (IJOP). The IJOP is a platform that compiles all surveillance data sources of targeted individuals.

The app will then sift through all of these surveilled data points. These include communication records, travel records, facial recognition, electricity and water usage, how people relate with neighbors, and so much more.

Using artificial intelligence, it tries to find any deviation points that could possibly lead to any arrests.

The buck doesn’t stop there though. Only two months later, a report was broken that any foreigners going in to Xinjiang were required to install an application. This application was actually malware that allows authorities to view text messages and many other things.

It was said that border guards were installing it on foreigners phones. They were allegedly looking for Islamic extremist content. This also includes copies of the Quran.

A month later in August, the encrypted messaging service Telegram had a bug that leaked real phone numbers. This allowed authorities to link the numbers to real identities.

These are just a few examples of how dangerous smartphones are in the hands of a government state that has targeted surveillance individuals and agendas.