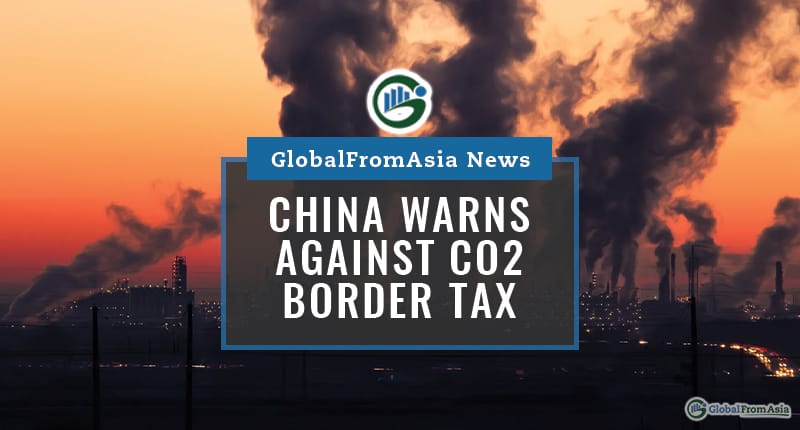 China has released a statement warning against the impending Carbon Border Tax. China says that this European proposal will ultimately hinder the fight against climate change instead of helping it.

The Tax and Why It is Allegedly Bad

The European Union (EU) floated the idea of a carbon border tax last October. It acts as a sort of shield for any imports that don’t comply with the greenhouse gas rules.

The tax should prevent businesses from leaving for less tough jurisdictions. In addition, it should also protect themselves from companies with laxer carbon policies.

The money collected through this tax will go into the EU’s budget. It is their hope that these additional funds can help make up for the deficit left by the United Kingdom.

At the time though, they did not know how to go about making the carbon border tax. Research for the best way to go about it has begun in the same month.

One of the things they have decided on is raising the prices of products from certain countries. These are the countries that are not taking action against climate change. They hope to level out the mismatched competition this way.

China weighed in on this tax though. They said that this tax, along with US President Donald Trump’s decision to pull out of the 2015 Paris Agreement, would only serve to harm the efforts against climate change.

China’s vice environment minister warned against focusing on perfectionism and unilateralism. Focusing on these two while ignoring the growth expectations of the world would not help.

An analysis of this statement shows why they are against it. According to a report from Reuters, this tax would increase the price of Chinese goods coming into the EU.

At the same time, they quoted the Paris Agreement. The agreement stated that the richer nations should bear the bigger part of the climate change efforts.

Is the complaint of China purely one made out of concern for their business? Is their concern for climate change real?

China’s greenhouse gas level is the highest in the world. However, they have pledged to bring it down to acceptable levels by 2030.

While they have not set clear targets for their absolute emission levels, they have reduced their carbon intensity by almost 50%. This was a fast reduction and took place two years ahead of schedule.

In 2018, their annual emissions were measured to be at 14 gigatonnes. This is double the emissions of the United States, and roughly equal to those of Japan and the EU.

While the target was initially set at 2030, one expert says that they may bring it to peak levels earlier than expected. One government researchers stated that it may reach the target levels in just three years time.