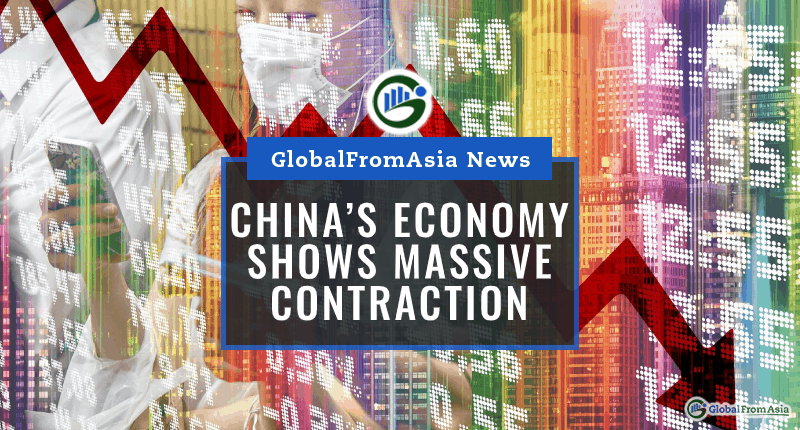 Recent data suggests that China’s economy is poised for a massive contraction.

Data has just been prepared on China’s economy. This data looks at various industries of China. These include the industrial industry, investments, and retail as well.

The data was collated and reported in a combined way. This is to account for normal seasonal swings. The data was released on Lunar New Year holiday.

From the data, people were able to gather a forecast on these various industries. Moving forward, there is a foreseen contraction that will take place. This contraction shows just how much the Coronavirus has hit China’s economy.

China’s chief economist, Larry Hu,  has explained parts of the data. Hu said that the figures for the first months of the year show that it is the lowest point of the year. However, he also stated that it is steadily growing in March.

The data has also put the country’s target of 4% GDP growth in the spotlight. As the data suggests, it may not be attainable at the moment.

Upon hearing this data, the central bank of China took action last Friday. In order to help out the economy, they have provided banks with more money for lending purposes. They did this by lessening the amount of money placed in reserve.

This will take place this Monday as markets see the newly-gathered data.

The manufacturing industry did see some work for the first three weeks of the year. However, at the time, it was already showing symptoms of problems. The data suggests that last January, the sentiment gauge tracker among purchasing managers and industrial firms was at 50.

This metric means that it was in between contraction and expansion.

In February though, that same metric began to drop to 35.7. This was spurred by the extended New Year holiday and people not being able to work.

The data suggests that by February, China’s economy was operating at 60 to 70% of its capacity.

Other pieces of data have showed that certain industries like shipping, electricity, coal consumption, and the return of migrant workers are operating under efficiency.

The biggest sector hit by the virus though is infrastructure. Currently, there are restrictions on constructions. Apart from that, there are massive shortages in manpower.

The government tried to fill the gap by issuing USD $136 billion worth of special bonds. These bonds were set aside specifically for infrastructure spending.

The hope is that when the virus is controlled, the economy will rebound and get back on its path towards its original levels. However, now that the virus is overseas, China’s economy is also hinged on the economy’s of other countries.