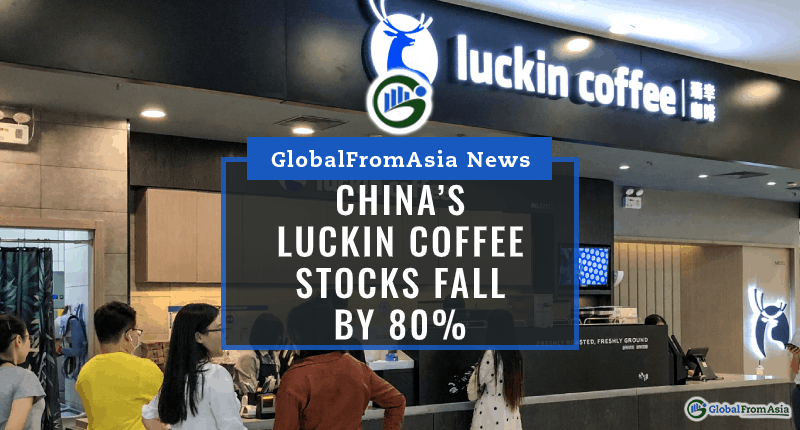 The stocks of Chinese company Luckin Coffee have fallen by 80%. This occurred after an investigation showed that the COO was falsifying sales reports in 2019.

This Thursday, Luckin Coffee divulged that an investigation showed that their COO was falsifying reports. The fabrication amounted to 2.2 billion Yuan or USD $310 million.

The investigation showed that COO Jian Liu and several people who reported to him engaged in misconduct. The most serious being the falsification of sales reports. Currently, everyone involved has been suspended. Luckin Coffee will also be taking legal action.

Luckin Coffee was a fast growing company in China. It had a goal of surpassing Starbucks as the number one coffee chain in the country.

The company told investors that they should not depend on the financial reports for the first nine months of 2019. They had previously reported that they had garnered 2.9 billion yuan or USD $413 million.

While Luckin Coffee has reached out to their investors, they also have a guarded approach to the investigation. They state that the investigation is only in preliminary stages and that an outside auditor has not yet verified the estimated amount of fabricated sales.

Luckin Coffee retains the services of FTI Consulting. This company will act as the outside counsel that will verify the data.

Last January, Muddy Waters Research already released a report about Luckin Coffee. They had already called the coffee company a fraud. They also stated that the business is fundamentally broke.

In response to this, Luckin Coffee stated that the report is misleading and wrong.

Luckin Coffee began trading on the Nasdaq last May. Since then, shares have fallen drastically. They are currently valued at USD $1.3 billion.