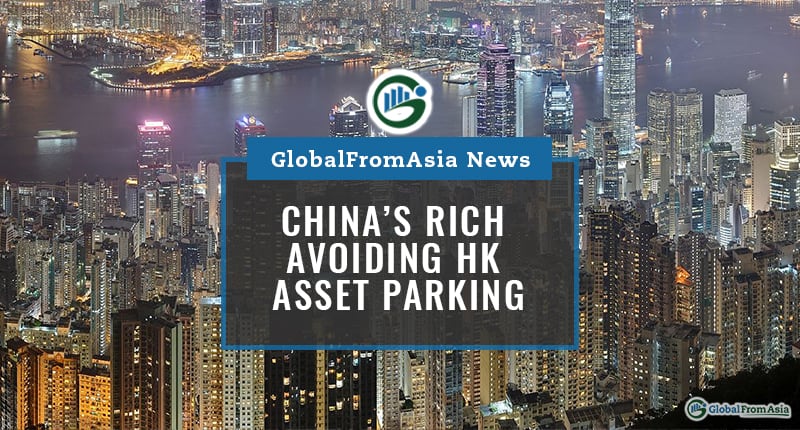 Rich people from mainland China are straying away from placing their assets in Hong Kong. This started when Beijing placed new international laws on Hong Kong. The new laws ultimately stop anyone from Hong Kong from undermining China.

Due to this, the mainland rich fear that authorities may steal and track their money.

Bankers explained how massive the money is from mainland China. They estimate that over USD $1 trillion of private wealth in Hong Kong comes from the rich citizens of the mainland.

Hong Kong was the ideal place for people to park their assets in. It is still relatively close to mainland China. It had a legal system different from Beijing’s own. It’s currency is also a great benefit as it has close ties to the dollar.

However, people are losing confidence. Hong Kong is steadily losing capital and talent.

Several bankers and experts on the matter have stated that these rich investors are seeking other hubs. These hubs include places like Singapore, London, and Switzerland. One investor who wanted to put his assets in Hong Kong instead bought five apartments in Singapore.

In anticipation of the influx of Chinese investors, people are now seeking for Mandarin-speaking advisers. They will help with communications. These people are currently being hired in Singapore and Switzerland.

Hong Kong used to have one of the most envious positions in the entire world. It acted as a financial and business hub.

They are ranked as second in wealth per adult in a 2019 report. The only country above them is Switzerland. A separate report from Credit Suisse pegged Hong Kong as 10th in the number of people who have more than USD $50 million in assets.

Prior to the pandemic and on-going protests, Hong Kong was competing with Singapore. They were competing for which country was going to be the financial hub of Asia. Several of the biggest banks, namely Credit Suisse, UBS, and Julius Baer, are operating in both countries.

This was all prior to the protests that are still going to this day. The protests started when a law was proposed that made it legal to extradite people from Hong Kong to China. As the protests grew, that law was scrapped. However, the protester’s other demands have not yet been met.

When the protests started, people were already taking out some of their assets from Hong Kong.

Now, in the wake of the new laws China has place on Hong Kong, the fear has amplified. More people are taking out their assets from Hong Kong.