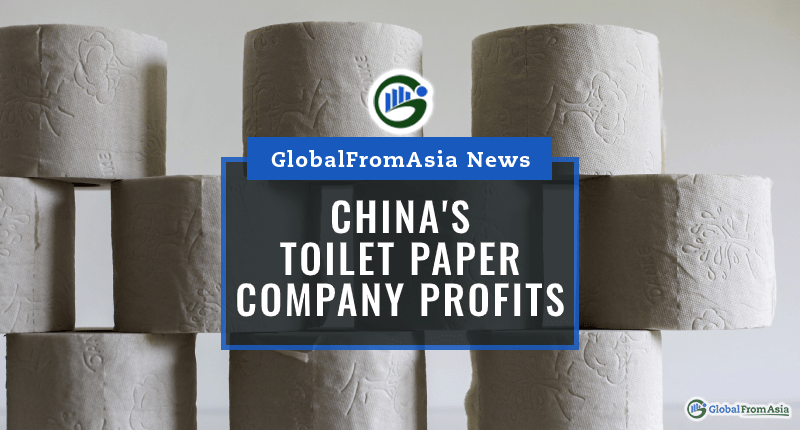 China’s biggest toilet paper manufacturing company is experiencing their most profitable quarter since 2015. This is largely due to the pandemic leading to panic hoarding from Hong Kong to Sydney.

While the source of the profit is easily identifiable, the reasoning behind it is a head scratcher. When the pandemic started, people in Hong Kong began to panic. They had heard that the supply of toilet paper may run out.

Due to this, Vinda International Holdings was able to profit. Their gross profit margin jumped by more than 11 percent. In the first three months, it reached 37.5 percent. The affected price of pulp was a big contributing factor.

Their first quarter net profit increased to more than 60 percent. This increase is valued at HK $377 million or USD $49 million.

Despite this good news, sales for the company has fallen. It fell by 16 percent due to the stagnating growth in mainland China. More than 10 of the company’s production lines were shut down to the pandemic. This was done to help contain the virus.

Their factories are located in the Hubei province. This is the province where the virus originated from. They just opened last March.

While profits started to decline, demand remained as high as ever. Johann Christoph Michalski – Chief Executive of Vinda – stated that the profit was a mixture of various factors. These include high demand, an optimised product mix, and affordable pulp prices.

When Vinda posted their first quarter earnings, it showed that their shares fell by 2.6 percent. The price reached HK $22.55.

The stock has since jumped by more than 60 percent. This is mainly due to countries hoarding toilet paper. There have been reports that countries all around Asia to Australia have been hoarding. There are also isolated reports of hoarding from America and Europe.

This hoarding has put considerable strain on Vinda’s logistics and supply chains.