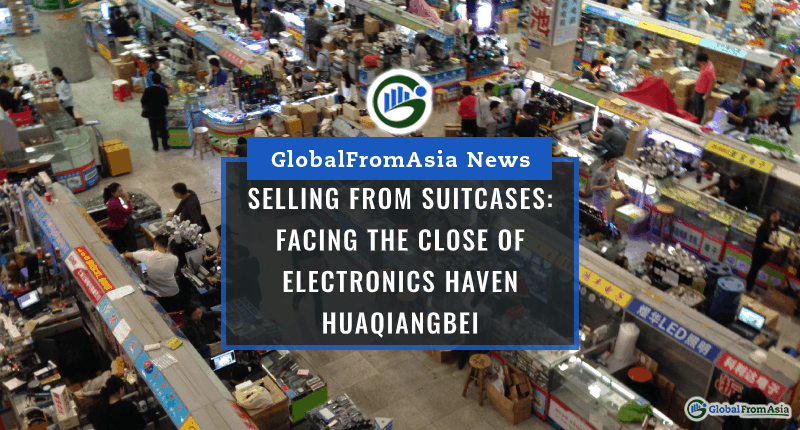 People have started selling electronics from bags and suitcases despite Huaqiangbei being closed.

The Show Must Go On

With the Coronavirus running rampant in China, many if not all shops have closed. The Chinese government is trying to contain the virus and stop its spread. One shopping district that has been affected is the Huaqiangbei.

Despite that, it has not deterred the businessmen who work in the area. In fact, they are getting back to work.

The Huaqiangbei area is a group of multi-storey malls located in Southern Shenzhen. It is home to almost 40,000 trading areas for phone parts, microchips, and other important electronics. It is known as the world’s largest electronics market.

Rumblings on the platform WeChat indicated that salesmen were convening on the streets of Huaqiangbei. Last Tuesday afternoon, hundreds of people were doing business out of their bags.

Shenzhen roughly has 400 cases of the Coronavirus. It is one of the cities that have been greatly affected by the virus. However, the police have not tried to deter the salesmen on the streets of Huaqiangbei. A government official said they were doing nothing wrong.

This was an interesting development. In contrast, people cannot leave most apartment complexes unless they have permission slips. All visitors have also been banned.

One microchip trader said that the current setup was great. These traders continue to stand around with their bags as they wait for suppliers and buyers to call.

As the largest electronics market in the world, Huaqiangbei matches parts to many companies and factories all over the world.

The Coronavirus brings many concerns. One of them is the loss of profit and livelihood. Many stores, shops, and factories have been closed for a while.

The CEO of hardware consulting and sourcing company Sand and Wave shared some figures. He spoke about certain stores in the Huaqiangbei area. He said that while they may look small in size, they can bring in about 10 million Yuan or USD $2 million a year.

While business in Huaqiangbei starts up again, the same cannot be said for the rest of China.

In order to control this, the Chinese government and companies have told employees to stay home. Due to this, various shops have not been operating or earning for that matter. These include restaurants, theaters, shopping districts, and more.

The virus and quarantine come at an inopportune time for China’s private sector. The private sector is the biggest contributor and fastest growing part of China’s economy.

One third of quarantined employees said that they are aware that not being paid or being cut is a distinct possibility. However, accounts on WeChat have begun providing legal advice.

As per their law, companies need to provide a full pay cycle this February before decreasing pay to the bare minimum. One account also says that companies who are not earning can delay the payment, but the employees must be paid what they are owed eventually.