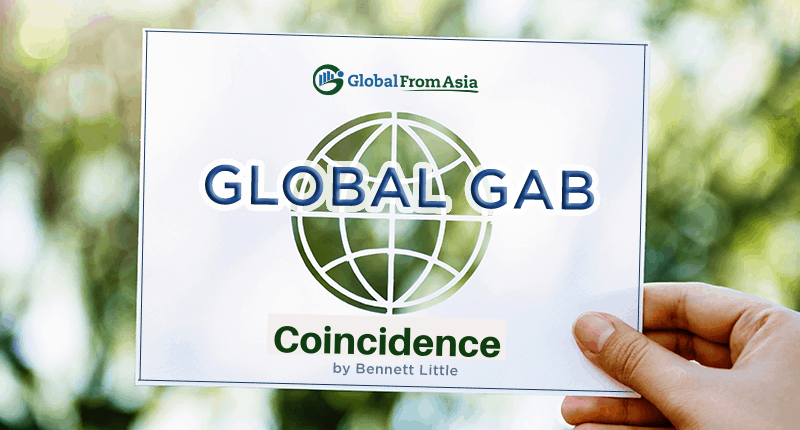 One of the major tests of how well the UK is going to fare on its own is how well it adjusts to and accommodates its trading partners – after all, trade is, in its most basic format, an accommodation …I’ll give you 3 of this if you give me 3 of that. It appears that, instead of being able to roll out a post-EU fait accompli, the UK has absolutely no “fait”, much less any “accompli”.

There are no new tariffs yet in place, even as the old ones have been discarded. All the wooden pallets (millions of them) previously used to export from the EU into the UK are no longer “in accordance” with UK guidelines. And, as for computer interface – truly a different language (sorry about the pun). But don’t worry, Boris has assured any and all that it won’t cost the UK a penny, that they will even make money leaving the EU…should be interesting to see how he spins that as he sails along humming, “Rule Britannia”. If he hits a financial rock, it’s just coincidence, I’m sure.

The Keeper of the Floodgates

Turkey’s Erdogan is having himself a time these days – Germany had to pussyfoot and stroke Erdogan’s ego as, let’s face it, he is the keeper of the floodgates behind which are masses of refugees just aching to ‘flood’ Europe. At the same time, Greece is having a fit because Turkey is letting Libyan refugees through on the Mediterranean and they are of course landing in Greece. And, all the while, Turkey is drilling in the Mediterranean in waters that are presumably belonging to Cyprus. And, if that weren’t enough, Turkey is mixing into the civil war in Syria, too.

The internal politics and economics are a mess so I guess he’s trying his luck elsewhere – he is certainly very trying.

The Lie of the Minute 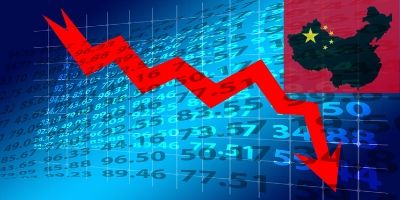 According to Reuters on February 3rd/20, China’s industrial profits declined by 3.3% in 2019 – you may recall that an earlier Global Gab reported China Government spokespeople’s assurances (sic) that profits would be up. It’s getting to the point where the LoD (Lie of the Day) has been replaced by the LoM (Lie of the Minute). Moving on, Xinhua reported on January 22nd that China’s FDI (Foreign Direct Investment) was up 5.8 % over the year before and that some 40,000 foreign-funded firms established themselves in China…..on January 28th, Bloomberg reported that the Bank of China settled an EU anti-laundering case for US4,2 million.

Interestingly enough, most of the suspect money was Zhejiang-based, which happens to be one of the main bases of corporate activity in China, and has a close proximity to Shanghai. It has been a well-known ‘secret’ (sic) for a long time that black money (hei qian) is smuggled out of China and then funneled back as legitimate investment. Oh and it might interest you to know that, according to Reuters on January 22nd, 11 provinces missed their GDP targets, “according to preliminary statistics released by local governments”.

That being said, China’s GDP for 2019 was supposed to be 6 to 6.5% which, in and of itself, is quite the spread of 8+% – Liu He, the Vice Premier, was quoted by CNBC on January 16th/20, as saying that it would be in excess of 6% (when all the figures are in)…so, 11 out of 23 provinces didn’t make their targets undoubtedly by coincidence but China will still make their vig. I’m impressed.

11 provinces missed their GDP targets, “according to preliminary statistics released by local governments.”

Another coronavirus victim is world tourism – according to the UN World Tourism Organisation (you see, they do spend the money ever so wisely), 168 million Chinese tourists spent US$277 billion in 2018 (no word on how they accounted for Chinese citizens using foreign passports, just saying) but now that figure has not a chance of being achieved in the near future. Hong Kong retail sales at last count were down 23% for 2019 – and now the border with China is closed.

24+ airlines have either cancelled China service completely or curtailed it dramatically (BBG – Feb. 4th). And Macau has closed its casinos. But China, despite putting its cities under virtual lockdown and its citizens under effective house arrest, sees fit to blast the USA and other countries for “over reaction” and “spreading fear” – the fact that no one, including its citizens has any confidence in any of the government’s pronouncements and are reacting accordingly is, you can be sure, purely coincidental. 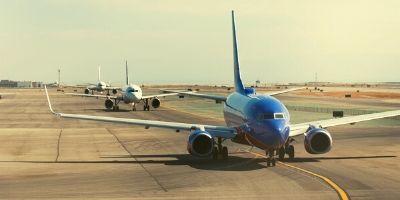 Yet, (and in China there is always at least one, “yet”), you will be pleased to know that the National Disease Centre (NDC) in China has stated unequivocally that (according to the SCMP on February 4th/20), “The national coronavirus mortality rate would drop further as more suitable treatments and medical resources were mobilised in Wuhan.” No one can argue with the comment, just as no one can argue with the coincidence that when the medical resources will be mobilised was not mentioned – nor can anyone argue about the effectiveness of “suitable treatments’, just as no one can fail to notice that, coincidentally, there are no effective treatments yet known nor is there any knowledge when there might be.

On February 5th/20, The China Daily reported on a meeting chaired by Li Keqiang (who, coincidentally, is showing his confidence in China’s medical prowess by monitoring the situation from Beijing) that has, “adopted measures to enable more patients infected to obtain treatment”. SCMP, on Feb. 6th/20, quoted Hu Lishan, the Deputy Secretary of the Communist Party in Wuhan, as saying, “the public has criticized us a lot….because some of our work was not done well.”

He gave as an example that there were not enough beds for the patients and admitted that, “this problem has definitely remained unresolved”. So the government built those new hospitals and immediately there was news about a shortage of gowns, gloves, masks etc……and now, coincidentally, it turns out that there aren’t enough beds either. So what resources “are being mobilised”, and when? What measures will “enable” what treatment?

These phrases sound well and good when uttered but the more empty, fatuous, and self-serving they are ultimately found to be, the more fractured will be the societal stability that the entrenched bureaucracy is trying to preserve…must be a coincidence.

“We are fully capable and confident of winning the battle against the epidemic caused by the novel coronavirus and we have confidence in minimizing its impact on the economy (due to the) country’s strong fundamentals.”Lian Weiliang, Deputy Head of the National Development and Reform Commission

The Chinese Government is facing enormous scrutiny in its handling of this situation by Chinese society and the more that it makes empty comments with nothing to back it up, the more the dissatisfaction will grow – NOT a coincidence, just saying. TheChina Daily reported on Feb. 4/20 that Lian Weiliang, the Deputy Head of the National Development and Reform Commission, stated that, ”we are fully capable and confident of winning the battle against the epidemic caused by the novel coronavirus and we have confidence in minimizing its impact on the economy (due to the) country’s strong fundamentals.”

I’ll bet you he, coincidentally, isn’t one of the 600+ million people in cities living behind locked doors and allowed to go out once every 2 days to buy food – oh, sorry, not everyone is allowed to go out but just 1 person from every household , and only to the nearest store, and only after their temperature has been checked by a policeman. 3 days later, on February 7th, Yu Weiping, the Vice Finance Minister, averred that, “China is confident of meeting all fiscal targets this year despite the ongoing coronavirus epidemic” – but I am sure that it is just coincidence that he did not mention any of those targets.

Li Keqiang (yes, him again) on February 7th, asked business outside Hubei Province to “resume operation in an orderly manner while continuing to fight the novel coronavirus outbreak” (notice that everyone has just about the same words) and (here’s the kicker) “help maintain normal economic and social order”. It was the maintenance of that order that denied the initial report of a new virus as suggested by Dr. Li Wenliang and the further maintenance that gave the police the power to demand that he sign a document admitting, “illegal behaviour”, and that, “if you are stubborn, if you refuse to repent, and continue to carry out illegal activities, you will be punished by the law!” So he’s now dead, and both his parents are sick with the virus, and I am not even going to mention the situation of his pregnant wife and 5-year old son because no one actually knows. 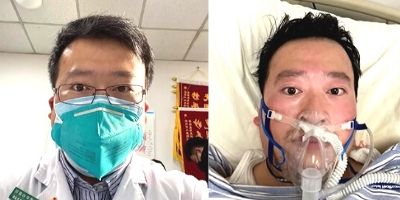 I am sure that this will be careful and even-handed and that they will find facts to justify their conclusions – someone more cynical than I would find it telling that e-statements of support (and even thanks) for the doctor are disappearing almost as fast as they appear and that all outward efforts to get news beyond the Great Firewall is now almost impossible as all VPN’s are being “no service”. You might be cynical and questioning – I, on the other hand, am sure that this must be just coincidence.

Using rallying songs and declaring that, “we are all fighting this together”, while at the same time decrying foreign governments (China lacerated the US government for “not helping” even as it sent US medical professionals who were landing in Wuhan at the same time) is all so 1960’s – all else aside, the people are understandably scared and want to see that their sacrifices are not in vain – hospitals without beds or masks; then again, being told that you must wear a mask but there are no masks available for purchase…this is not going to “win the hearts and minds of the people” (Sun Tzu – The Art of War).

Forcing people to stay home without food, without money, without a timetable, all in the interests of “the common good”, while (as Bloomberg reported on February 5th) chipmakers and smart-phone component makers, even those operating near Wuhan, are operating as if nothing happened and nothing is happening. According to Reuters on February 3rd, Huawei was at full strength and running normally; it stated that it has a, “special exemption”.

All in This Together?

Oh, and another word about Huawei, the owner’s daughter appeared at Court in Canada to try and secure her release – there were about 12 protesters demanding her release…questioning of them revealed that they were ALL paid actors who were hired under totally false pretenses. That must have been a coincidence.

So, when the people have to make do with buying whatever they can at one local store and pay whatever price is demanded and cannot go anywhere and cannot do anything and their savings are running out and their kids are going stir-crazy and…and…and, and they see that it is business as usual for those with connections even as they are being told to “not be negative” and that, “we’re all in this together” – well, how do you think they feel about all these coincidences?