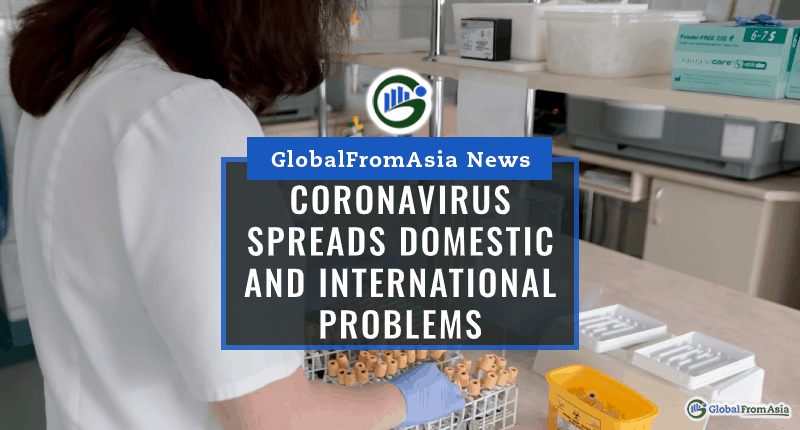 The Coronavirus from China is spreading more than just a disease. With the virus spreading, it is causing problems the world over.

The Coronavirus is the latest unique disease to come from China. At its infancy, scientists and health workers thought it was SARS. However, new studies have seen enough differences to give it a new name.

As of Wednesday, China has confirmed that their infected numbers are over 500. The number of people who have died from the virus has risen to almost 20. However, reports vary as to the real statistics reported.

The virus originated from the Chinese city of Wuhan. The biggest problems are starting there.

Despite the lockdown, the virus has already spread to various cities around China. A total of 13 provinces have reported cases popping up.

The Deputy Director of the Commission is Li Bin. He said that the spread of the disease was linked to the new screening procedures. This includes heat sensors and checks at most places where people come in and go out.

The virus was said to have originated in a seafood market. Further investigation showed that there were more problems that were not seen the first time. Exotic animals like wolf puppies, snakes, salamanders, and rats to name a few were being sold at the market.

This has resulted in a ban of certain animals within the city. Apart from these exotic animals, even chickens cannot be sold anymore.

This has come at an interesting time for China. The spring festival is just around the corner. However, there is a concern for having a large event as it may cause the disease to spread further.

As soon as the Coronavirus came out, governments from all around the globe were put on alert. Most of the precautionary measures that were being done in China were being replicated. Unfortunately, the number of cases is close to being replicated too.

It has spread to Japan, South Korea, Taiwan, and even the United States.

A man in his thirties was admitted to a hospital in the United States. As a testament to how feared this new disease is, an American doctor had to sit outside the hospital room and operate a robot to check on the patient.

On the other side of the map, North Korea is also taking care not to let the Coronavirus in. They have just closed the border. No foreign tourists will be allowed in.

This virus has made some shockwaves in the business world as well. In the morning trade, both Shanghai and Hong Kong have dropped by almost 1%. Tokyo and Syden are nearby with a drop of 0.6%.

The rising numbers of the Coronavirus have caught the attention of the World Health Organization (WHO). Early on in the week, the WHO was deciding on whether or not they would declare the Coronavirus to be a global health emergency.

This decision was made because scientists and doctors need more information about this new virus. They say that in order to make a competent decision about it, they need to learn more about it.

For one, China says it is spreading from animals to people. The scientists at the WHO on the other hand say that they have witnessed transmission between humans.

One Comment on “Coronavirus Spreads Domestic and International Problems”