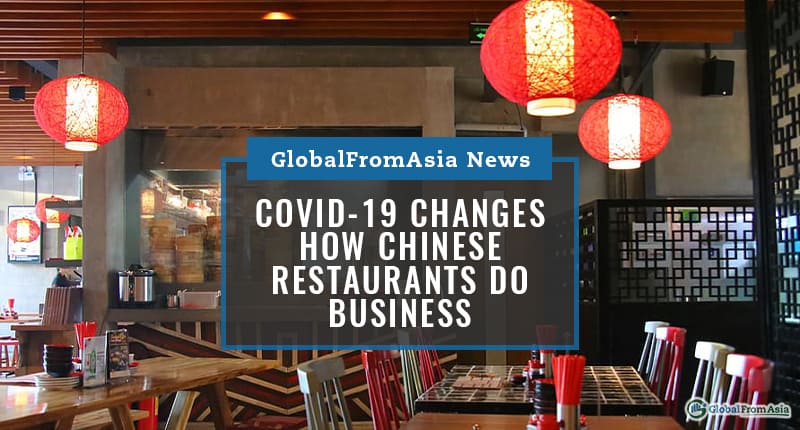 The Covid-19 virus has disrupted family values and drastically changed how Chinese restaurants do business.

The Covid-19 pandemic has affected many things. Apart from people’s health and lives, it has caused Chinese restaurants to rethink how they do business. This change can be seen via the long used utensils of choice: the chopsticks.

Most, if not all, Chinese families prepare their food in a single dish. It is a tradition that goes back through many generations.

Sharing food with chopsticks is meant to show affection through the people who share it. However, due to the more than 80,000 deaths worldwide – with more than 4,000 in China – people are rethinking this habit.

One family stated that they made one simple adjustment that changed everything.

This change was adding another pair of chopsticks at the table. These new chopsticks are to be used as a service utensil for the dishes.

A member of the family stated that the pandemic made her rethink this practice. She said it could potentially spread the virus around.

This is one of the effects that Covid-19 has changed China’s eating habits. Countless families and businesses are rethinking these practices.

A survey was carried out recently across 30,000 citizens. Just two months after the virus, 85% of the respondents have similarly added service utensils. The Chinese authorities said that sharing meals is one of the ways the virus is transmitted to various family members.

These changes have also reached Chinese restaurants. They have also picked up the practice of setting the extra chopstick.

One Chinese restaurant added an extra layer of protection. The restaurant owner has begun spacing the tables farther from each other. She said this practice can help attract fearful customers back to their restaurant.

She also explained the consequence of the added chopsticks. She explains that only high-end restaurants do these practices. For other restaurants, this is not practiced as they need to keep the costs down.

The extra pair of chopsticks used would add to the used utensils. Thus, it would require more hands to clean.

Despite the additional costs, the Chinese government sees it as a necessity. They had actually suggested this way back in the early 2000s. This was when the SARS outbreak happened.

The practice was permanently adopted in certain areas. One such area is Hong Kong. In China though, the practice disappeared along with the virus.

Now, authorities are pushing for it more than ever. They are making it a requirement for restaurants.

In the eastern coastal province of Zhejiang, authorities have a fine set in place. One restaurant was fined 50 yuan (USD $7) for not having service utensils or chopsticks. Guangming Daily stated that this may be the first ever fine of its kind.

Shaanxi is requiring all restaurants to have service chopsticks. Restaurants need to have this in place by the end of October.