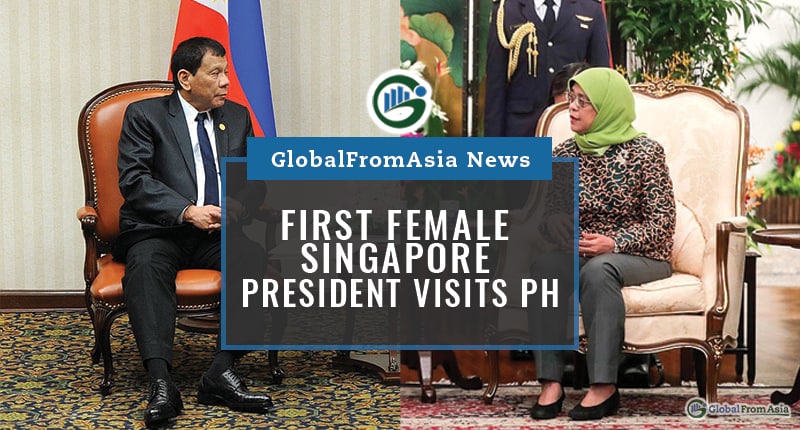 The first female President of Singapore, Halimah Yacob is visiting the Philippines to celebrate the anniversary of both country’s diplomatic cooperation. Yacob is in Manila for a total of five days. Her visit will last from the 8th of September to the 12th.

Yacob’s visit looks to be a busy one, as she will be attending numerous events.

Yacob and Philippine President Rodrigo Duterte will be meeting in Malacañang to have a bilateral meeting. This happens after she is ceremoniously welcomed with honor guards.

Bilateral meetings are usually held to discuss the building of relationships between the two countries, as well as internationally. It also focuses on the creation of certain beneficial projects. Other reasons to hold such meetings would be to share information and expertise.

This office tower was a joint project between Keppel Land and SM Group, two Philippine conglomerates. This building with have both business and domestic spaces for rent.

The visit does not end there, as she will also be heading to a pop-up restaurant that was established by Enterprise Singapore, which is a government agency that spearheads the development of certain businesses.

On later days she is slated to head to Davao where she will be hosted by the President’s daughter, Mayor Sara Duterte in Davao.

Once there, she will have a talk with the youth of Mindanao with Ateneo de Davao’s Al Qalam Institute for Islamic Identities and Dialogue in South-east Asia. The dialogue will allow Yacob to share how Singapore handles several faiths.

She will also be heading to the Philippine Eagle Center, a sanctuary for endangered Eagles. This is most likely due to the fact that Singapore recently received a couple of eagles for a breeding program that will last 10 years.

The visit does not seem to be one based on random circumstances. Rather, it is built on the ongoing beneficial relationship between both countries.

In 2018, Singapore was the second largest investor in the Philippines. They invested more than $500 million in that year alone. The only country to top Singapore is China.

Apart from that, in terms of trading, Singapore was the 14th on the list of largest trading partners.

From 2017 to 2018, bilateral trade between Singapore and the Philippines increased by at least 18 percent. This increase amounted to more than $21 billion.

More From the Visit

Apart from the aforementioned, Yacob will be accompanied by a number of people who have their own agenda.

First and foremost, this includes her husband Mohamed Abdullah Alhabsee. Several ministers and prime ministers will also be accompanying them. These include those in finance, education, trade and industry, members of parliament, and foreign affairs.

At the same time, the Singapore Business Federation (SBF) will also be sending a delegation. This delegation will look at any new business and investment opportunities that may be possible.

The delegation contains delegates that are experts in their respective fields and industries. The industries include logistics, utilities, shipping, banking, retail, and construction to name a few.

Teo Siong Seng, the chairman of the SBF, stated that Philippines remains a worthwhile country for investment. He said that it was mainly due to the fact that the Philippines had skilled workers who were also proficient in the English language.

He ended by saying that he hopes the meetings will further strengthen the relationship between the two countries, and that businesses from the Philippines will hopefully spread and expand to Singapore as well.