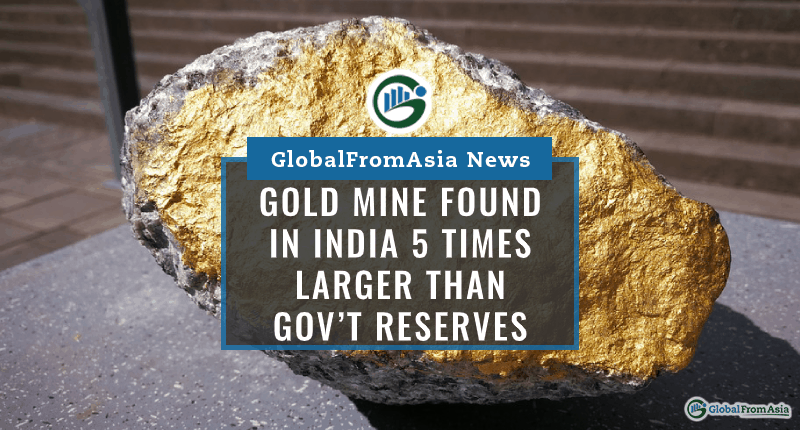 A massive gold mine was just discovered in India. The contents in the mine were found to be five times larger than the gold reserves that the government has.

India has literally just hit gold. Thanks to geologists, massive gold deposits have been found in the eastern district of Uttar Pradesh. This jackpot of a discovery was the result of years of searching; more than 20 years to be exact.

The effort was being co-helmed by the Geological Survey of India and the Uttar Pradesh Directorate of Geology and Mining.

Both of these offices reported that they found two gold mines. The total amount of gold found was 3,500 tonnes. In contrast, the Indian government just has a little more than 600 tonnes of gold.

A district mining officer was recently interviewed about this discovery. He spoke about how this gold will be put to use. He commented that the government is thinking of putting the deposits on lease for mining.

He also stated that certain gold blocks will be put up for auction. However, these blocks will need to be run through geo-tagging processes first.

After discovering gold, the Indian government is setting their sights on other precious metals. It is reported that they are currently looking for uranium in the area.

These new discoveries will have a positive impact on India. It will not only add to the government’s reserves, but the continuous search for other metals will also provide job opportunities for people in poor districts.