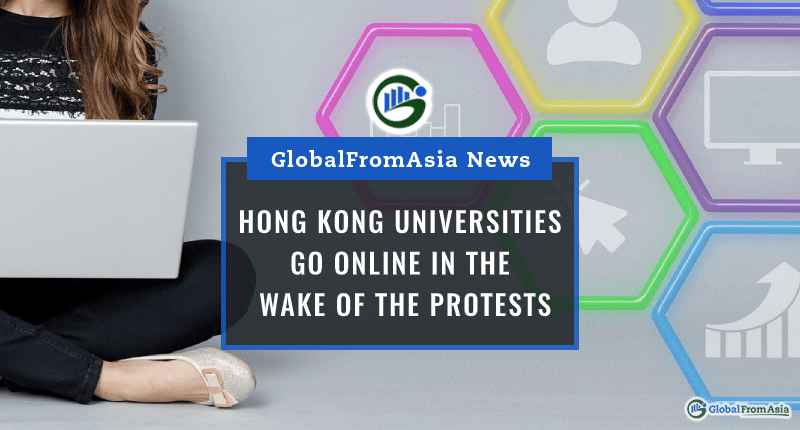 Several Hong Kong Universities have opted for their classes to go online. This is primarily due to the damages and inconveniences caused by the protests.

Battles in the Universities

The protests that have raged for months have spilled into Hong Kong’s universities. This past week, demonstrators and police fought in several universities.

In one particular skirmish, both sides aimed to take over a specific bridge. The battle heated up. The police ended up using more than a thousand tear gas canisters and rubber bullets. On the other hand, molotov cocktails and bricks were being thrown at the police.

As you can imagine, this caused considerable damage to the campuses.

Due to this, several universities felt that the safety of their students was in question. They also stated that the protests were affecting the public transport system.

Thus, several universities decided to end their semesters early. Some have taken their classes online. This way, the students can keep themselves safe. They can stay at home and away from the conflict.

One university released a statement about their actions. The statement said that the student’s safety is always a top priority. Learning comes as the second. Online classes will allow for students to learn without much disruptions.

Other universities have decided to just suspend all classes for the rest of the week. For these universities, the arrangements for the coming week are still up in the air.

Universities have suspended classes. They have also moved their classes online. These allow the students to keep away from the immediate danger of the protests.

However, these students still live around these disturbances. That is why some students have chosen to simply flee from the universities. What they ran into was a big surprise.

One company said that they believe the internship experience will help them out in the long run. These companies also offer pay and reimbursement to their new-found employees.

There are others though that are not so fortunate. These people are simply trying to flee the commotions. Other countries understand this and are trying to help out.

Taiwan, for instance, has set up several planes to fly their students out of the country.