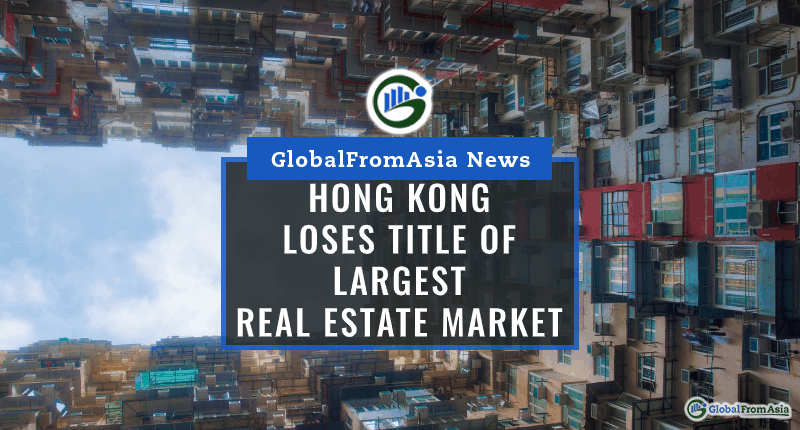 Hong Kong has just lost its claim to being the largest real estate market in the world in 2019. It has shifted down two spots, with Japan and South Korea taking the first two spots respectively.

The report came from Real Capital Analytics, a firm that collects data.

The ascendance of Japan and South Korea is not unthinkable. In 2018, both countries were already hot on the heels of Hong Kong. This year, the three countries have just changed places.

Hong Kong has enjoyed many years of growth with its real estate market. They have had high rentals and land values. However, the managing director of Canada-based real estate agency Colliers International says that they are currently on a downward path.

They add that in 2018, one large real estate investment put Hong Kong at the top. Other than that, Japan has always been the strongest and most consistent market in Asia and the Pacific.

He goes on to say that the local economy as a whole is experiencing a downward trend. This is due to both internal and external factors.

For months now, the citizens of Hong Kong have been embroiled in a series of protests. These protests have transitioned from peaceful to violent. It has continued to affect many of the markets and industries of Hong Kong.

At the same time, Hong Kong has also been caught up in the ongoing trade war between the United States and China. Just recently though, the trade war has taken its first major step forward. Both countries have found a win-win middle ground.

However, Hong Kong has yet to feel the benefits.

Time will act as the salve to Hong Kong’s real estate woes. It is estimated that within the next year, the real estate prices will normalize and attract more buyers. This will be an opportune time for people to seek out deals and discounts.

What Are the Other Countries Up To

Moving forward, Japan is expected to stay strong. They have a fortunate problem of having a lot of demand. The demand is mostly on office spaces.

The average rental growth is now at three percent. This is mostly due to pre-commitments. Due to these pre-commitments, 70 percent of the supply of 2020 has already been taken.

Seoul also continues to thrive in the market. Local investors within South Korea have continued to snatch many commercial properties. It has more than tripled than the same time last year. The momentum of investments in South Korea is steadily building with no signs of stopping.

Apart from Japan and South Korea, Australia comes in at fourth place in commercial markets. Beijing is coming in right after Australia.

Despite these reports, there is currently a problem spreading throughout the world. It is the problem of the Coronavirus.

The Coronavirus was also one factor affecting Hong Kong and its market. Due to its proximity to China and ground zero, investors were fearful about investing.

Currently, the virus has made its way throughout the world. It has reached the shores of Japan, South Korea, and Australia, with more cases popping up each day.

Time will tell how these viruses will affect the markets of the other countries. A vaccine or cure is essential in moving business forward.