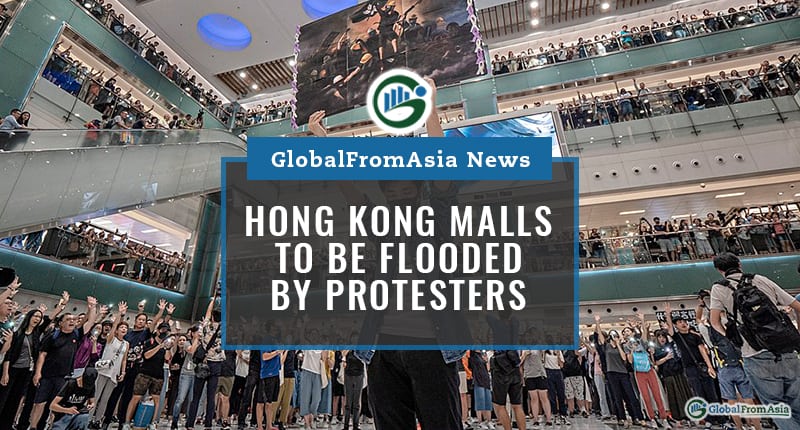 Hong Kong protesters have said that they will be trashing malls during the Christmas season. This was in response to the Hong Kong government not acquiescing to their demands.

The protests have been happening for quite a while in Hong Kong. It started because of the extradition bill that the China and Hong Kong government decided on. However, the protests’ objectives soon expanded into five more demands.

Recently, the protesters tried to reason with the Hong Kong government. They tried to get universal suffrage, amnesty for the people they have arrested, and investigations into police brutality. This ultimately failed.

Now, the protesters are trying something new to rain on the parade of the Hong Kong government.

In truth, the effect of the protests have raged to numerous sectors and businesses in Hong Kong. These include tourism, travel, and even retail.

This upcoming Christmas, the malls in Hong Kong hoped that the season to be jolly would boost the reason to make money. However, with the upcoming plans of the protesters, that may be farther from reality than ever.

The protesters will be aiming for 10 Hong Kong malls. It will take place on two important dates, the eves of both Christmas and New Year. They hope that these would pressure the government in rethinking their initial demands.

They have reached out on their trusted messaging apps already. The message has already been sent for all protesters to come together during these dates and at these malls.

The targeted malls include important flagship properties. They include Swire which is a British conglomerate. Also included are Wharf and Sun Hung Kai.

Protesters have already been showing up to malls and causing a ruckus. For starters, they forced themselves into the crowds and shouted slogans that they saw as China supporters. These included shops like Huawei, Bank of China, and eateries owned by Maxim.

Several closed shops were also destroyed, with wooden floor boards and pieces of plastic torn apart. The shops have also been vandalized.

One shop in the mall had paint splattered across her face. When the protesters spilled paint everywhere, it had gotten on her face as well.

Upon hearing of these upcoming mall disturbances, many stores will actually be closing during these days in order to avoid any trouble. However, other malls stated that despite these warnings, they will keep the malls open as long as possible and keep their staff safe.