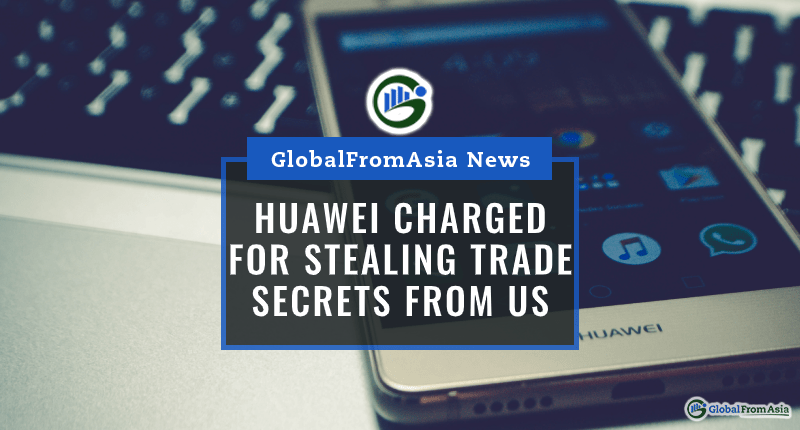 Huawei has just been charged for stealing trade secrets by the United States’ (US) Justice Department.

The charges against Huawei were racketeering and the illegal taking of US trade secrets. The US has said that Huawei has been doing this since the start of the 2000s. This two decade stealing has added another layer to US President Donald Trump’s war against Huawei.

The charge stated that Huawei owed its success to the numerous trade secrets that they have stolen from US companies. The secrets were stolen from a total of six firms. After stealing the secrets, they study it and use it for their own products.

The Justice Department said that Huawei has been stealing source codes. Apart from that, they have also misused information with robotics and took important information regarding cellular antennas.

Huawei relied on Chinese academics to steal certain trade secrets. Financial rewards were provided who could steal secrets. When the US confronted Huawei though, they gave little weight to their own involvement.

Despite what has transpired, Huawei has vehemently denied the allegations. The Huawei spokesperson stated that this was part of the US’ efforts to permanently damage the company’s reputation.

As expected, the US’ views are quite the opposite. One senator urged the Justice Department to, “nail President Xi Jinping to the wall.” He also said that Huawei was an extension of the Chinese government.

He finally added that the stealing and racketeering were part of China’s plan to make China the eminent superpower in the world.

With the indictments in place, it is only a matter of time before relationships between the United States and Huawei end. However, until then, there is still a short window where Huawei can operate.

President Trump and his administration offered a 45-day extension. This extension allows companies in the US to continue having business with Huawei.

The administration also has an extension for Huawei. Despite being blacklisted, Huawei will still be allowed to purchase certain goods that have been made in America. While the US wants to eventually cut all ties with Huawei, they are also concerned with the experience of the customer.

Since Huawei handles networks in certain parts of America, these extensions will allow for services to continue and for disruptions to be kept at a minimum.

The US is currently debating on the future restriction of items to Huawei.

President Trump has also entreated other countries to stop doing business with Huawei. They had told the United Kingdom. However, last month, the UK decided to use Huawei to build their future mobile networks on.

Despite this development, the US government said that they will continue to pressure the UK into ditching Huawei.

The US was able to convince Australia, Japan, and New Zealand.