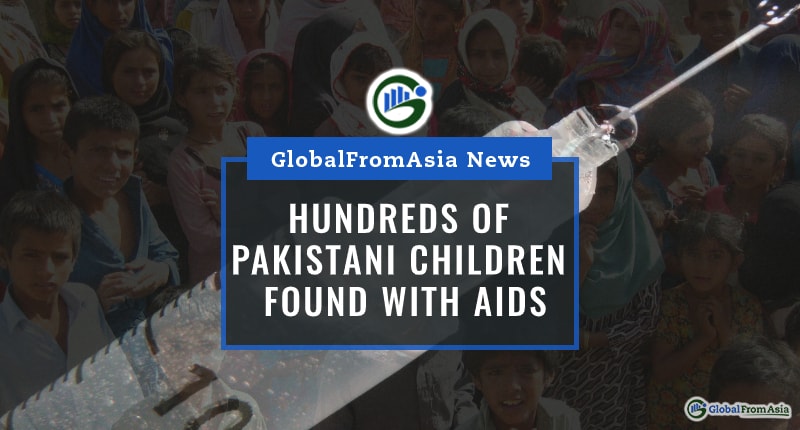 Hundreds of Pakistani children have been found with AIDS. Over 900 children have tested positive for it. This resulted in fevers that treatments could not quell. The news was broken by a report from the New York Times.

Government officials followed the trail of this outbreak. They have tracked the root to one Doctor Muzaffar Ghanghro. Ghanghro was the pediatrician for the Pakistan City of Ratodero. They say that he served the city’s poorest families.

Health officials from the government stated that Ghanghro’s reuse of syringes was the main cause of this infantile AIDS outbreak.

Upon investigation, the government followed the breadcrumbs. Most of the patients led back to the same doctor.

Ghanghro has been taken away and arrested. He was charged with negligence, causing intentional harm, and manslaughter. However, Ghanghro is adamant that he is innocent, as he does not use any syringes. He has not yet been convicted.

It is yet to be proved whether Ghanghro uses syringes or not. Further investigation is required. One account may shed some light on how Ghanghro is as a physician though.

One man shared his experience with Ghanghro. He said that the doctor gave him an ultimatum: accept my treatment or go to another doctor. Coming from a large but poor family, he had no choice but to accept.

They had a total of six children. Four of them have contracted AIDS. The other two have already passed due to it.

Despite this circumstantial evidence against Ghanghro, government health officials have also stated that he is not the only culprit. They also point to other possible factors:

The AIDS epidemic is not a new thing to Pakistan. In fact, it has been tracked since April.

After that month, one city in Pakistan became ground zero for a new crisis. The worst part about it is that children were those affected. Of the more than 1,000 new patients who tested positive for AIDS, 900 of them were children.

This crisis flew under everyone’s radar. Government officials were surprised with how many children are currently afflicted.

The news about the children is shocking. However, AIDS has been a constant issue for the whole nation.

The United Nations AIDS task force has been keeping tabs on these outbreaks since 2010. At the time, 80,000 citizens were tested with aids. Currently, the number has doubled with no signs of stopping soon.

Hope on the Horizon

AIDS has always been a problem. This is not just for Pakistan, but for the whole world. Scientists are currently researching on cures.

The brightest light on the horizon comes from mice. In a recent effort, scientists have finally removed the AIDS virus from mice. It is currently a two-stage process that has yielded good results, but is still being worked on.

The first part of the process has to do with laser and antiretroviral therapies. Afterwards, a specific gene is targeted and removed using the CRISPR-Cas9 tool.