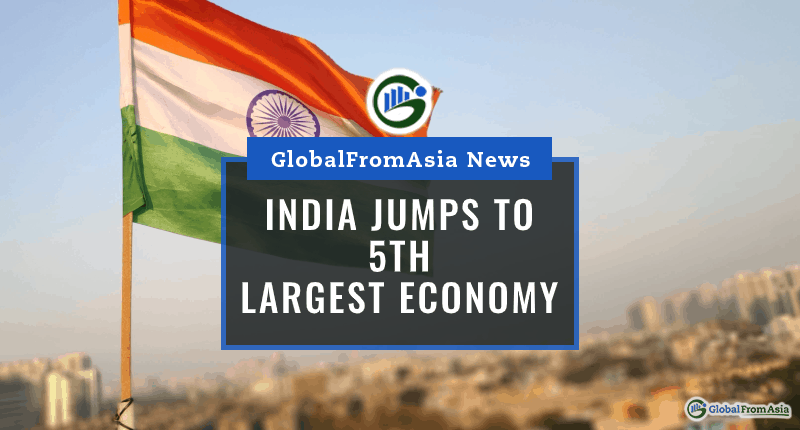 The International Monetary Fund (IMF) has just reported that India has jumped to the 5th largest economy in the world.

The IMF measured India’s nominal Gross Domestic Product (GDP) last year. From this data, they saw that India has jumped over several powerhouse countries. These include the likes of the United Kingdom (UK) and France.

In 2019, the United States leads the list of biggest GDPs. It is followed by China, Japan, Germany, and India at the fifth spot. Spots 6 to 10 in order include the UK, France, Italy, Brazil, and Canada.

India’s recent GDP growth is noteworthy. Within the past decade, this particular rise is noted as the highest in the whole world. They have been annually increasing by 6 to 7%.

A 2016 report from the McKinsey Global Institute sheds light on why this is happening. The report stated that India’s urbanization and new technologies have helped bolster the efficiency and productivity of the country.

Despite the great news, experts eye various problems ahead for India’s economy. One problem is that their real GDP may slow down this year. The reason is that their credit is currently very weak.

Apart from weak credit, India has various challenges ahead. One of the biggest challenges is the apparent gap in certain groups. The World Bank made a report on India’s challenges.

They were also able to see India’s rapid rise. However, they also saw the challenges ahead. They indicated that the benefits to economic progress and overall opportunities are not spread out evenly. The opportunities differ based on the population and geographic areas.

Moreover, India is home to a quarter of the world’s poor. Less than 40% of India’s citizens have access to sanitation facilities. Many people still use the open streets as their toilets.

There is no question that they are taking actions to address the poverty problem. However, it is still affecting them and they are conscious of it.

United States President Donald Trump is scheduled for a visit to India. Ahead of that, the fifth largest economy is being accused of hiding a good number of poor people.

While this allegation was denied, their actions speak otherwise. A large brick wall was just built to hide a slum area. This slum area is part of the route that President Trump will be passing by. A government official stated it was for “security, beautification, and cleanliness.”

It is clear that India has many challenges that they need to address. However, the World Bank indicates that the country is seeking to constantly improve and sustain their growth.