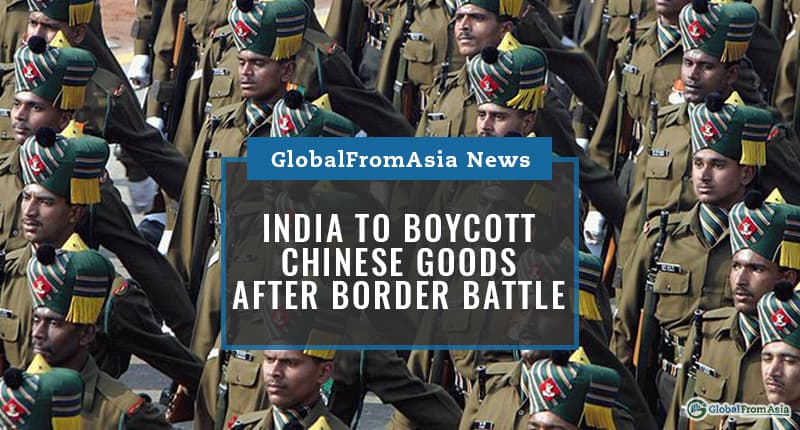 India has called for the boycott of all Chinese goods after the border battle turned bloody this past week.

Apart from boycotting Chinese goods, the Indian government has added more actions to hurt China. For one, they have blocked any and all investments from China. They have also increased tariffs on certain Chinese products.

The Indian government has shed specifics on their actions against China. First, they are to impose higher trade barriers and increased import duties on more than 300 Chinese products.

Currently, India has a trade deficit with China amounting to USD $59.3 billion or £47.7nb. More than 10% of India’s imports originate from China.

Apart from that, the India Telecom Ministry has also taken actions against China. They have given an order to Indian telecom companies to ban all future deals and equipment upgrades with China.

Also, Chinese companies will no longer be able to participate in applying for any future projects in India. This is most likely in reference to the 5G technology from Huawei that is being offered throughout the globe.

The seeds of these actions were already planted a month ago. These sentiments of technological and investment blocking have been steadily growing for the Indian people.

The negative sentiments also go well past business matters. It has become a national security issue. Early on though, China’s reach seemed to blanket all these efforts.

One Indian made app allows for users to identify certain Chinese apps and delete them. Unfortunately, it was blocked by Google.

These decisions came after the Himalayan border battle between India and China escalated this past week. Blood was shed, leaving 20 Indian soldiers dead and more than 70 injured.

The battle took place at the start of this past week. China has yet to disclose if they have suffered any casualties.

The battlefield was the border in the Himalayas. It is in the mountain region of Ladakh. China began encroaching on the border, saying that part of it was theirs. Interestingly enough, neither side has an accurate measurement of how much of the bordered area belongs to each country.

During the battle earlier this week, China had rigged certain mountain streams. When Indian soldiers approached, they released a deluge of water that injured and killed the soldiers. When they lost their footing, the Chinese soldiers charged and pushed the Indian soldiers into the river.

One pioneering engineer from India has been at the forefront of the battle. He says that China is slowly encroaching on India’s lands. They are acting like a bully.

He makes the point that meeting them in battle is exactly what China wants. Instead, he says that the better thing to do is hurt China economically.