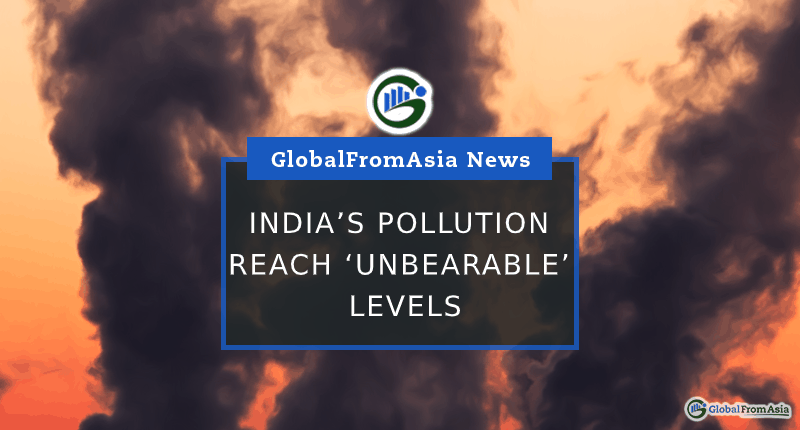 The Air They Breathe

New Delhi’s air pollution levels have reached alarming levels this past Friday. Government authorities stated that it has reached the highest levels it has known so far.

These levels were measured using the Air Quality Index (AQI). This measuring method looks at little particles within the air around us.

For context, a dangerous AQI level is found at 500. New Delhi’s AQI levels reached more than 900.

The people of India also use a new app to measure the pollution in their air. The app is called, “Sh*t! I Smoke.” It is aptly named so because it measures and compares air pollution to the number of cigarettes smoked.

Upon using the app, they found that it was indicating more than 33 cigarettes are being smoked each day. A 2005 report stated that smoking one to four cigarettes a day would result in increased chances of dying from all causes. And much more.

The insane pollution levels affects a lot of people. For one, it affects the lung health of everyone residing in the region. That amounts to about 40 million people. However, the effects also reach people flying in and out of the country.

For instance, it was stated that 30 flights had to be diverted to Delhi airport. They said that the visibility was so poor that the airplanes just couldn’t see.

The citizens of New Delhi played it smart. Looking to avoid the pollution and its ill effects, they just stayed home. The roads looked like a post-apocalyptic film: just empty.

SAFAR is the government agency that is currently tracking the pollution. They stated that this will continue for a few more days.

They said it was due to the humidity of the area. The rains from the previous night also played its part in worsening the pollution levels. Lastly, they also indicated the burning of crops played a huge factor.

When and How the Dust Settles

In the end, it is the people who are affected the worst. A survey was carried out on 17,000 people. It asked them if they wanted  to leave the area due to the pollution. A little less than 50% said yes.

So what is the government doing about it?

The pollution levels are very high and toxic. This has spurred government agencies to take action and protect their people. They have moved to close schools, halted construction activities, and even declare a public health emergency.

Apart from that, they are also looking to implement a road scheme that limits the number of cars on the road. In this scheme, only odd or even numbered license plates can be on the road in certain days.

Still, people desire for more action from the government. Ministers and strong figures are already putting pressure on India’s government.

An environmental group has made a petition to the Supreme Court. This petition hopes to make governments tougher on farmers who burn their crops. However, politicians are reluctant to follow suit. They think it may upset their constituents.

In New Delhi, this burning has contributed to more than 40% of their pollution.