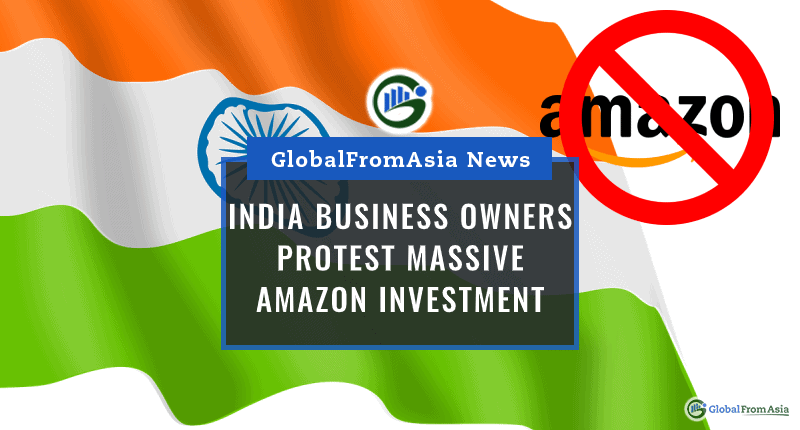 Small India Business Owners have rallied together and are starting to protest. They are currently protesting against the massive investment that Amazon CEO Jeff Bezos have announced for India.

Less than one day ago, Bezos announced that they would be investing $1 billion into India. The purpose of the investment was to digitize both small and medium-sized businesses.

Apart from the digitization, Amazon will also aid with the exporting of India’s goods. The initial investment for digitization represents only a tenth of what they visualize as profits for exporting India’s products. They foresee as much as $10 billion in export profits by 2025.

Bezos has made it clear that the burgeoning relationship between India and the United States is important. In fact, Bezos thinks it is the most important alliance.

He thinks that this century will belong to India. He also sees that the oldest and largest democracies will be able to help each other along the way.

Despite his best intentions laid on the table, he was not met with pure positivity. Many people think that Amazon’s support for India has possible negative repercussions.

The words of Bezos did not sit well with many. A protest was quickly formed to battle Amazon’s recent investment announcement. The protests are comprised of many business owners that Amazon wants to support.

A member of the Confederation of All India Traders (CIAT) stated that the protests are fast spreading. He says that as many as 300 cities across India are participating in the protests.

That same member was able to shed light on why the protests are taking place in the first place. He said that this move by Amazon will do nothing short of destroying small retailers. He believes that Amazon will shortchange small businesses on price.

With the convenient discounts that Amazon is offering large sellers, the smaller retailers and businesses will not be able to compete.

This member also shares his views on Bezos. He says that Bezos and Amazon are predatory in nature. He also says that they are experts in destroying competition between other businesses.

He has labeled Bezos an economic terrorist.

The action comes at an interesting time. Last year, India passed legislation that prohibits online retailers from making exclusive deals with sellers. If this happens, these online retailers would sell the products via vendors.

Amazon and Flipkart are two companies that were directly affected by this legislation. When the legislation was passed down, thousands of products were pulled from their listings.

People might see Amazon’s action as a way to edge out the market share from their competitor Flipkart. Data indicated that Flipkart has a 31.9% market share in India. Amazon on the other hand is hot on their heels with 31.2%.