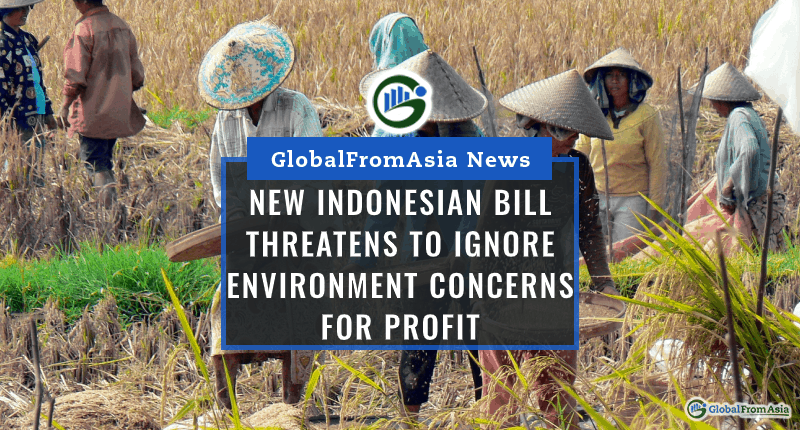 A bill was just submitted to the Indonesia parliament last Wednesday. The bill is called the Job Creation bill. This new bill is aimed at “opening up industries”.

Within the bill, there are proposals that will aim to relax the environmental requirements for certain companies. In addition, rules on coal mining are also planned to be relaxed.

When activists caught wind of the bill, they were up in arms. While the bill encourages investments into the country, it sacrifices the natural environment of their archipelago. The fact the government is putting profits in front of environmental protection has caused quite a stir.

This new bill is part of Indonesian President Joko Widodo’s set of omnibus laws. The goal is to look at each of the existing laws and change them in a special way. These changes will encourage more investors to pump money into the biggest economy of Southeast Asia.

In Indonesia, companies and businesses are required to have an environmental study called the AMDAL. The AMDAL looks at the company’s impact on the nation’s environment and community nearby.

President Widodo was interviewed regarding the new bill. He said that he is aware of the effect that it may have on the environment. He countered that he does care about the environment, but needs this bill to be passed because people need jobs.

Ripples in the Pond


If a company were exploiting natural resources, then they would be required to run the AMDAL. If this new bill were to be passed though, businesses will no longer need to run this study. It will also be relegated to a lower level regulation.

Apart from this, the new bill seeks to impact the 2014 Plantation law in a big way. The new bill would drop any mention of the AMDAL for any plantations.

Indonesia is the world’s biggest palm oil producer. It is common knowledge that the plantations are the biggest cause of deforestation in the country. Without the AMDAL, plantations would no longer need to take the damage they wrought into account.

Greenpeace forest campaigner Asep Komarduin is wary of the business’ support for the new bill. He said that businesses would no longer look at the environmental, social, and health implications of investments.

He adds that if this were to happen, then damages in the environment would pile up. Eventually, it would result in unprecedented natural disasters.

Indonesia recently had a few large natural disasters. Last year, there were forest fires in Borneo and Sumatra. Just last month, there were floods in Jakarta while a drought struck the southeastern part of the country.