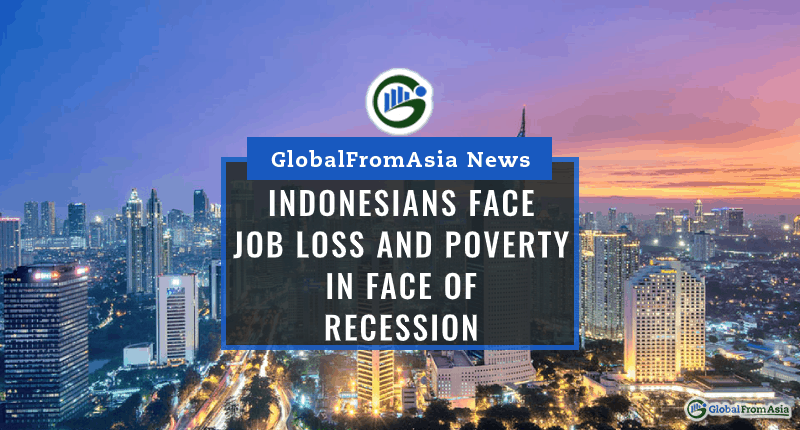 Millions of Indonesians will be losing their jobs and falling into poverty due to the upcoming recession.

The Indonesian government stated that millions of citizens will be affected by the impending recession. They estimate that almost 4 million will drop into a level of poverty. Apart from that, more than 5 million people will be facing unemployment.

These figures are mere estimates. Indonesia’s Finance Minister said in a teleconference briefing that the country’s economic growth is the lowest it has ever been. The last time it was this low was during the 1998 financial crisis.

He also explains that the range of people falling into poverty is from 1.1 million to 3.78 million people. For people losing jobs, the range is 2.9 million 5.2 million.

The Finance Minister also shed light on the upcoming global recession. The International Monetary Fund (IMF) foresees that the world will be facing the worst recession it has ever experienced since the Great Depression.

He pointed out that the pandemic was the reason why Indonesia was using state funds for health, safety, and businesses.

The state funds will be used to support a wide range of businesses. These include businesses from the informal sectors, micro, small, and medium enterprises.

The IMF revealed their current World Economic Outlook. It is currently entitled, “The Great Lockdown.” They also estimate that Indonesia’s economic growth will fall to 0.5 percent this year. This came from a four-year dip of approximately 5% in 2019.

The report does indicate that the revision in Indonesia’s economic growth is largely due to the pandemic. As per the IMF, the pandemic has affected Indonesia because the country relies heavily on exporting commodities.

While all countries have been affected by the pandemic, the report goes to say that those who export commodities will be affected more.

The IMF was able to indicate a light at the end of the tunnel though. They indicate the recovery may take place in 2021. Indonesia’s economy may grow by more than 8 percent then.

The growth does not only apply to Indonesia, but the whole world. Global economy will contract by 3 percent this year. However, by 2021, it may see a growth of approximately 6 percent.

They do caution though that these are heavily reliant on how the world recovers from the pandemic. If it continues and more companies are affected, the 2021 estimates may not come true.