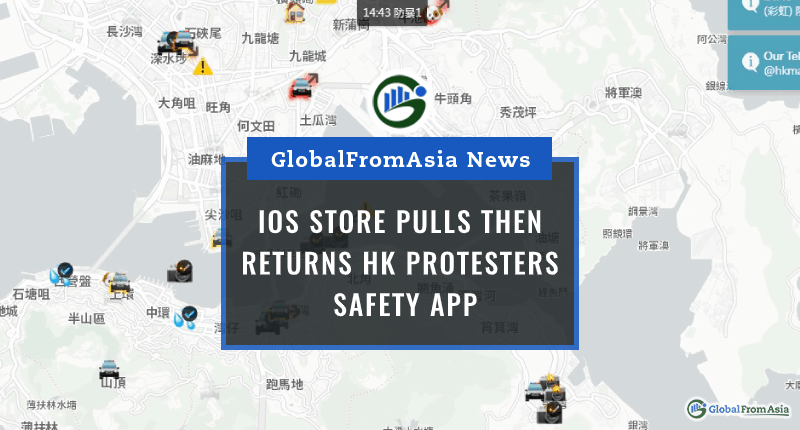 The safety app was being used by the Hong Kong protesters to garner valuable information. These pieces of information include where protests are taking place and what kind of police activity is taking place.

The makers of HKmap Live state that the intent was always to inform citizens of any police activity. This will allow them to move out of the area before any police action is done.

Apple has stated that these pieces of information cannot be shared and are deemed illegal.

However, the makers of the app have a counter argument. They say that the app only makes the locations known. They also indicate that many other apps are currently doing that. This means that apps like Waze should also be banned.

The strength of their argument remains to be seen though. Prior to being pulled off the market, messages were being sent in the app that clearly indicated where the police presence was the heaviest.

These updates clearly read like updates to police activity. One said that after the police shot tear gas, they returned to their headquarters.

These messages, combined with the GPS locations, can allow people to see where police presence is strongest. It also allows them to see what the best routes to take are.

It is currently unclear what law Apple is following for their banning of the app. Did they use local US law? Or the local laws of China? It also has not been clear whether or not Chinese authorities have requested this of Apple.

Apple’s move is an interesting one. For one, Apple has always prided and marketed itself as one that champions citizens’ rights. This is made evident by the fact that they have denied any requests from local governments.

However, at the time of writing, Apple has already lifted its ban and has reinstated this app in the store.

People thought that the lifting of the extradition bill would quell most of the protests happening. However, the opposite has proved true.  The protests are raging more than ever these days prompting the police to strengthen their presence and actions.

At the same time, the HKMap Live app was also created to help protesters escape these violent consequences.