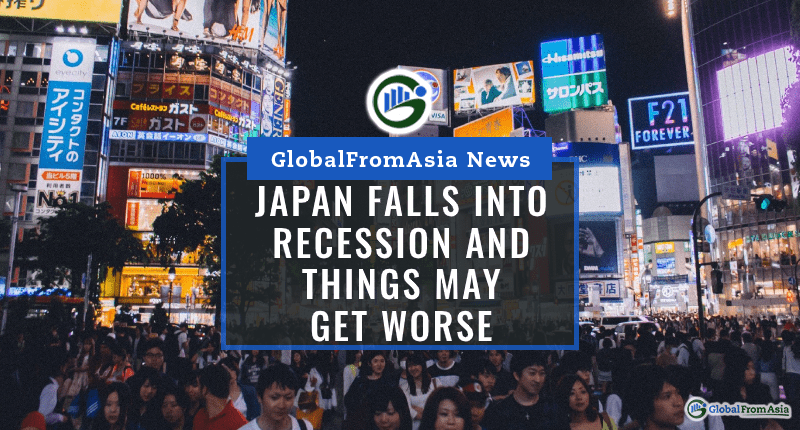 Japan has just fallen into a recession amidst this pandemic. Reports indicate that COVID-19 will continue to make things worse.

Japan has the third largest economy in the world. However, within the first three months of 2020, Japan’s economy shrank by 0.9%. This is compared to data of the previous quarter.

While the fall of the economy comes as bad news, it was actually a shorter fall than forecasts suggested. A poll of analysts from Refinitiv forecasted that it would fall by 1.2%. This is the second straight quarter that their economy has declined.

This means that Japan is now in a recession.

Prior to the pandemic though, Japan was already facing some struggle. Contractions were taking place due to sales tax hikes. Then, the country was also hit by Typhoon Hagibis. It caused considerable damage and affected their economy too.

The economic decline from January to March may indicate the effect of the pandemic on the economy. However, experts say that this does not show the total effect of COVID-19 on the country’s economy.

The first quarter damage is already quite substantial, but there is more to come. An economist from Capital Economics states that they are looking at a 12% drop from quarter to quarter.

The signs were everywhere. Japan’s private consumption dropped by 0.7%. This sector contributes greatly to the country’s economy. This drop has been happening even before the pandemic started.

Apart from that, exports also took a hit. It dropped by 6% in the quarter. This was the largest export contraction to take place since the large tsunami ravaged the country in 2011.

The Japanese government has prepared certain measures for the economy’s fall. They have prepared a stimulus package that amounts to USD $1 trillion. This equates to a fifth of their economy.

There is no doubt that the Japanese government will continue to prepare measures. They are likely to announce them by the end of the month.