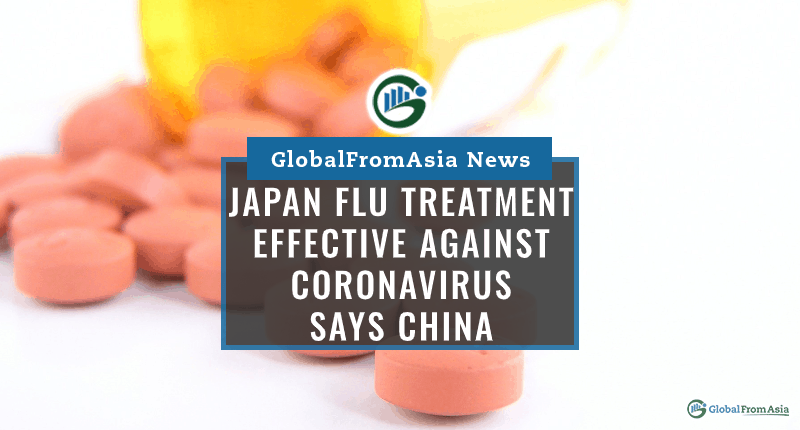 Medical experts and authorities in Chinese have praised a flu treatment from Japan. They praise its “clear effectiveness” against the Coronavirus.

The Effect of the Favipiravir

One Chinese official from China’s science and technology ministry also spoke about how it was effective against the Coronavirus. The official’s name is Zhang Xinmin. He had seen the treatment administered in certain parts of Wuhan and Shenzhen.

He called the outcome encouraging. The new treatment has been effective for more than 300 patients. When speaking to the press, he said that the treatment was very safe and effective.

Patients who were given the treatment in Shenzhen quickly tested negative after only four days after becoming positive. The standard median for those not treated with the drug is 11 days.

Apart from that though, officials saw some improvements in the patient’s x-rays results. When they x-rayed their lungs, they saw that more than 90% of patients had improved lung conditions. Without the drug, only 62% improved.

Japanese doctors are currently testing the treatment on people with mild to moderate symptoms. It is their hope that the treatment can help stop the spread of the virus.

Despite praise from Chinese health officials, Japan is taking the cautious route. They are cautious about referring to the treatment as a new wonder drug. Even the developing company, Fujifilm Toyama Chemical, has declined to give any comment on its effectiveness.

The Japanese health ministry also chimed in with a warning. They released a statement saying that this drug is only effective on people who have mild symptoms. They say that it would not  be as effective in people with severe symptoms.

A source within the health ministry said that they have given the drug to around 80 people. However, it did not work well if the virus had already multiplied and spread.

The same problem was identified in treatments using other materials. These materials include HIV antiretrovirals like lopinavir and ritonavir.

Initially, the favipiravir was used for the people in Guinea. When the ebola outbreak started, favipiravir was the treatment they doled out. With the buzz going regarding its effectiveness against the Coronavirus, they would need to seek government approval.

The need for approval comes due to its intended use. This treatment was originally intended for the flu. This is dependent on the clinical trials currently happening. If they are delayed, the usage could be delayed as well.

This could happen as early as May if things are not delayed.

After China’s comments, the shares of the Fujifilm company went up drastically. On Wednesday morning, it closed with an improvement of almost 15%. They briefly reached their daily limit high of 5,238 Yen.