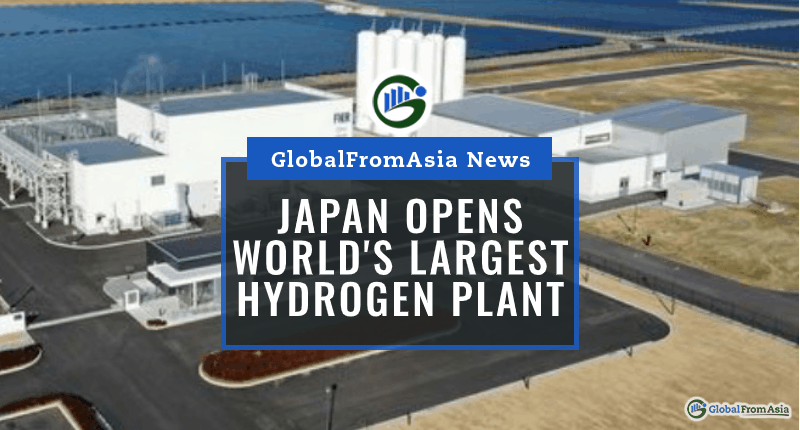 Phoenix from the Ashes

The largest hydrogen plant in the world just opened this past Saturday. It is the biggest facility to burn hydrogen and provide clean energy. Apart from the technological marvel, this also marks a sort of resurrection for Japan.

It has been almost nine years since certain parts of Japan were ravaged by earthquakes and tsunamis. The hydrogen plant is also situated just north of the Fukushima nuclear power plant that went into crisis mode in the past. It was built in the town of Namie.

Japan’s Prime Minister, Shinzo Abe, was in attendance. This was to be expected though because the project was largely backed by the government. Other partners include natural gas distributor Iwatani, Toshiba, and Tohoku Electric Power.

This project was actually done in conjunction with the upcoming Olympics in Japan. There have been numerous people who have criticized Japan’s decision to continue using coal plants. The fact that these coal plants are being funded overseas only serve as more fuel for the fire.

Abe’s government saw this as a chance to counter these criticisms. The various partners of this project will look to take this hydrogen-making technology and apply it abroad. Once hydrogen is being produced abroad for lesser costs, it can then be shipped back to Japan.

Currently, the cost of producing renewable energies in Japan is significantly high. It is higher than the costs of producing thermal or nuclear power.

The project was developed with a budget nearing USD$200 million.

The plant’s official name is the Fukushima Hydrogen Energy Research Field. Apart from producing renewable energy, it has a separate function.

It will also serve as a sort of testing ground for the technology of another government agency. The agency is called the New Energy and Industrial Technology Development Organization.

In the meantime, it will create hydrogen energy. The facility will do this by breaking down water with the electric energy generated by the solar plants. The total capacity of its solar panels is 20 megawatts. The solar panels themselves are located in a 180,000 square kilometer area in the Fukushima prefecture.

This plant is solar-powered. It is capable of creating more than 500 fuel cell vehicles per day. A fuel cell vehicle uses hydrogen to make electric motors run. It is a clean source of energy, similar to electricity. However, there are many other benefits.

For instance, hydrogen cells are much lighter than powerful batteries. At the same time, it takes faster to fill up a vehicle. This is ideal for companies that cannot afford to have a vehicle off the road for long.

Abe’s government will first use this hydrogen fuel at the Olympics. It will be the fuel used during the Olympic-torch relay. It will also be in all vehicles that will be used to bring around guests and athletes.

Toyota Motors will be providing the vehicles. They have already done a round of tests. They state that a vehicle travels a third farther on hydrogen fuel than on normal fuel.