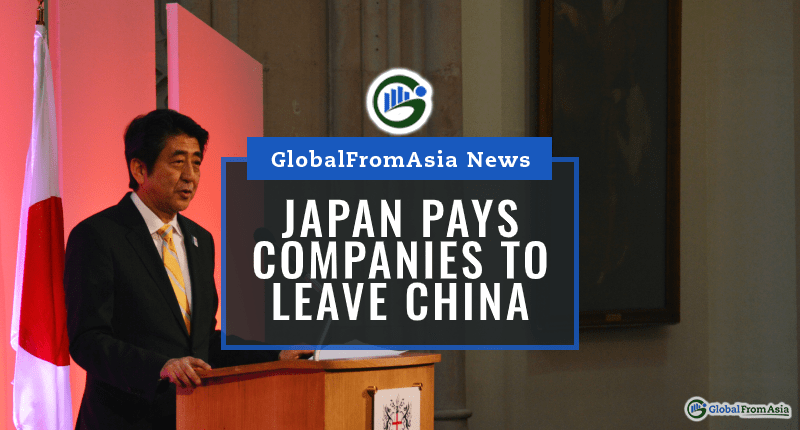 Japan will be paying companies in China to leave and relocate to other countries.

Like other countries, Japan has also prepared a stimulus package. This stimulus package will help out the country as it goes through the spread of the Coronavirus pandemic. The virus has messed with the current supply chains of the world.

Their package is seen as one that is bigger than most, if not all, stimulus packages prepared. In the current package, the Japanese government has prepared a hefty sum for relocating companies currently working in China.

This allows for companies to move manufacturing out of China.

Currently, about 220 billion yen or USD $2 billion has been allocated for company relocation. This is for relocation back to Japan. An additional 23.5 billion yen is for countries who will be relocating to other countries.

Prior to the pandemic, China and Japan had a burgeoning relationship. President Xi Jinping was supposed to make a state visit. It was cancelled due to the virus. No new date has been set.

Apart from that, the two countries had trade relations. China was Japan’s most prolific trading partner. However, when the virus set in, factories in China closed down. This had a negative effect on Japanese manufacturing as they couldn’t get their required parts.

This was only the first domino in a long line. Afterwards, Japan began to rethink their dependency on China. A government panel on future investments agreed that they needed to return manufacturing to Japan.

They also decided that the production of several other goods would be spread around Southeast Asia.

One Japanese economist confirmed that there will be an eventual shift to Japan’s manufacturing relationships. He stated that some companies were already thinking about moving out. The budget from the stimulus package would now prove to be a good catalyst.

This does not relate to all companies though. Car manufacturers are likely to stay in China.