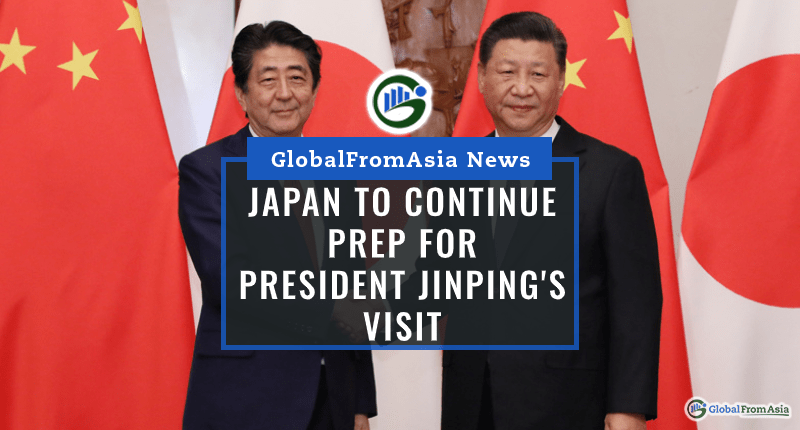 Japan and China have recently confirmed that they will continue their preparations for President Xi Jinping’s visit.

China has been afflicted with the Coronavirus since late December. This has affected the country’s economy and social life. People have been asked to stay in their houses and transportation has been stunted.

The Coronavirus’ infectious rate has sparked speculations that President Jinping may discontinue his visit to Japan. The visit was planned for April.

However, officials from both sides during a meeting in Munich, Germany have disproved the speculation. The foreign ministers of both countries were adamant about continuing the meeting.

They said that they had a responsibility to promote global peace and prosperity. One way they can do this is by continuing President Jinping’s visit. They said that it was a good opportunity to show they are following through.

The Chinese foreign minister stated that they are keen on having the meeting take place. He said it would allow for the strategic relationships to reach new heights. He also pointed out that this would be beneficial for both countries.

These state visits usually include a meeting with the Emperor of Japan. Apart from that, there is usually a banquet that takes place in the Imperial Palace. The last time a visit like this occurred, it was in 2008 with Chinese President Hu Jintao.

The Japanese foreign minister was eager to say that they wholly supported China’s efforts to control the Coronavirus. At this point, the virus has infected close to 70,000 people in China alone. More than 1,500 deaths have been recorded.

He also thanked China for their assistance with the Japanese people in China. He said they helped evacuate Japanese citizens from Hubei via chartered planes. Close to 800 people have been sent home, with another set scheduled to leave on Monday.

At the same time, China was eager to thank Japan for their valuable assistance. Japan had been sending emergency supplies to China to help them fight and contain the Coronavirus. They sent face masks and protective suits.

China was also quick to reassure Japan on their economy. They assured that while the economy is currently on a downturn, it will recover in no time.

It is clear that the efforts of both countries in these trying times has only served to strengthen their on-going relationship.

The top foreign policy official of China will be visiting Japan near the end of February. Once there, he will work with Japanese officials to iron out the details of President Jinping’s visit.