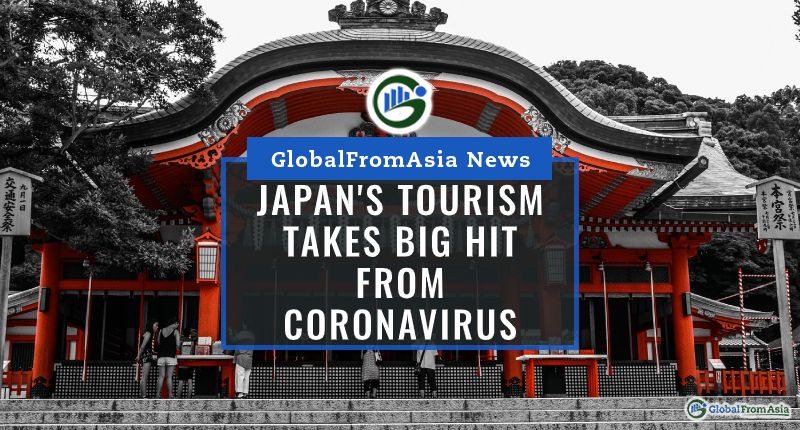 The Coronavirus has dealt a massive blow to Japan’s tourism.

Tourism has always been an important part of Japan’s economy. In 2019, more than 32 million people visited Japan. In total, they spent approximately USD $45 billion. However, due to the Coronavirus, the number of foreign visitors has dropped drastically.

The Japanese government measured the number of foreign visitors early in the year. As of February, there has been a 60% drop. The figure is expected to grow when measured for March.

April was supposed to be a good opportunity for Japan’s tourism. The Olympics and Paralympics were supposed to take place this year. The event has always been a booster for the host country’s economy.

In anticipation of this massive event, Japan had already laid out preparations. They had actually hired extra staff for the hotels. They also invested in new properties.

The burden of the pandemic can be seen through the Tankan survey. This is a survey that measures the confidence of businesses. This data can be appropriated and used to monitor the economy of the country.

It is an important tool to measure the economy. It holds considerable influence with regards to stock prices and currency rates.

Prior to the pandemic, the Tankan survey indicated a plus 11 rating from hotels and restaurants. By the end of the same month though, it went to negative 59. This 70 point drop is the biggest drop within the sector.

The negative rating indicates that businesses are not feeling hopeful about their businesses.

One needs not look any further than Tokyo’s Asakusa district to see the negative effects of the pandemic. This specific district is heavily dependent on tourism. Now though, the district is a veritable ghost town. Many hotels and restaurants are closed.

One such suffering hotel is the Kaminarimon Ryokan. Last year, they took out a massive loan to invest in renovations. It was a business-style hotel. The CEO thought it would do better as a traditional style Japanese inn. This was in anticipation for the influx of tourists for the Olympics.

Majority of the reservations were cancelled. They were expecting fully booked rooms. By March though, only 15% of the rooms were taken. More than 80 cancellations have already taken place for April as well.

The CEO of the hotel had to make some decisions regarding its affected financials. Hotel staff was reduced to a third of their original numbers. The payroll decreased by 80%.

With the loan they took earlier, they are already wary of taking on more debt. They indicate that they may need to take in a government loan or subsidy.

The establishments in this sector are struggling to stay afloat. However, with the Olympics looking to push through next year, there is still a need for them to offer their accommodations for the future.

Japan has a stimulus package, but it is not clear whether it can adequately help out the suffering tourism industry.