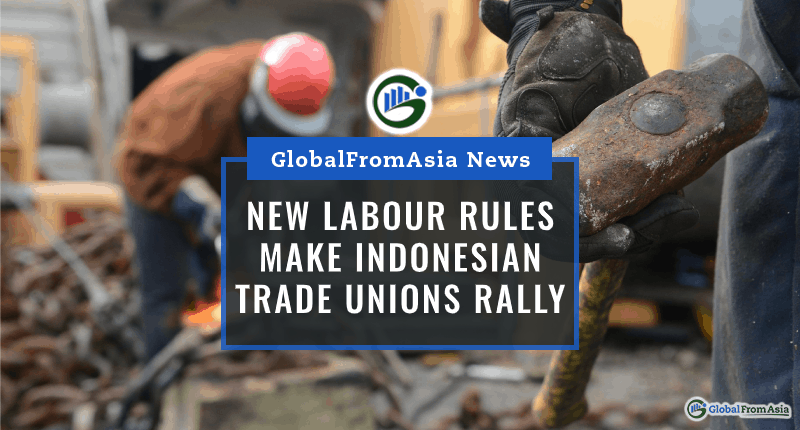 The Indonesia Government is prioritizing the revamp of several labour rules. The trade unions have caught wind of these planned changes and are taking to the streets to rally against it.

Investors have stated that the 2003 Labour Law is one that negatively affects the economy. Indonesia is one of Southeast Asia’s biggest economies. This law affects investors’ decisions to invest, and the decision for companies to hire workers formally.

President Joko Widodo, Indonesia’s President, is dead set on having this bill passed. It is one of his biggest priorities in his second term, and one that will make foreign investors happy.

Despite that though, the popularity of the bill will make it a hard fought battle during the upcoming parliamentary debate.

Currently, President Widodo is set to hand over the bill to parliament for debate and discussion. If it is approved, then it will be legally drafted.

Indonesia’s Chief Economic Affairs Minister referred to the incoming bill as an “omnibus bill.” The “omnibus bill” is a term used by people in power to put points across various industries together for discussion. This is convenient, as a single vote can approve all the points.

People also say that various points are placed within an omnibus bill in order to hide certain points.

Members from various trade unions have banded together in order to battle this upcoming bill. They currently plan to meet up and take to the streets. They will be protesting in front of parliament on Monday, right after the lawmakers make their way back from recess.

The Deputy Chairman of the Indonesian Confederation of Workers sheds light on why they are against the bill. He says that this bill will drive the workers into poverty. It will not only affect them, but also their children and grandchildren.

The coalition of unions predicts that the upcoming bill will decrease the severance pay. This will also move Indonesia’s hiring towards more outsourced avenues. They also say that it will do away with the protection of basic human rights.

The Indonesia government is quick to reply to these sentiments. They counter that this bill will improve job creation for new people entering the workforce. They also promise to provide approaches that will make all concerned unions happy.

President Widodo has urged lawmakers to take up to three months to finish all their deliberations.