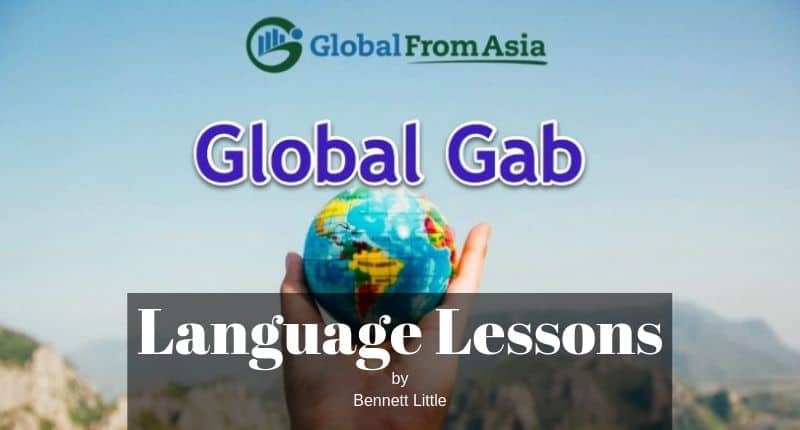 I hope that everyone is having a nice weekend – the fall weather is starting and leaves are starting to turn. Luckily, the weather service was wrong yet again and today is supposed to be a nice day weather-wise. Far be it for me to complain either way. If I get up and both feet hit the floor unassisted, I am satisfied – everything else is a bonus. Put it another way, no matter how bad the weather is, there is probably not a single person in any cemetery, given the opportunity, who wouldn’t change places in an instant.

Another poem for Boris

Looks like our UK ‘friend’ (sic sic sic) Boris overstretched his johnson – he has himself so boxed in that “Her Majesty’s Loyal (sic) Opposition” doesn’t even want to vote down his government quite yet – now THAT is quite the feat. I wouldn’t be surprised if the Old Boys at Eton don’t put up his picture – well, maybe in the bathroom. I say, eh.

Alas, dear Boris, we hardly knew ye’
Don’t pity the poor lad, nay rather say boo
For he did not fulfill aught of what he said he would do
He squandered his chance
And got screwed without the romance
And buried his country forever deep in doggie poo.

What’s there to absorb?

It was reported that Target Stores sent a memo to “hundreds” of suppliers stating that it would not, “accept any cost increases related to tariffs”. Like what, everyone is supposed to just absorb the unabsorbable? That’s like these corporate requests by volunteers on the street to give money to their company’s charitable foundation – you dig into your pocket for whatever, and then the company pockets the deduction.

The latest in Hong Kong

I hope that Carrie Lam can pull off her balancing act and that her claim that the decision to cancel that ill-advised (hey, I can be polite) legislation is really only the (ie. her), “first step”, is both true and legitimate in its positive implication….in other words, that the words mean what everyone is hoping and expecting they mean and not the following – ie. I made this step and you (ie. the other side) must now make (all) the others. To understand the Chinese language properly, it is more important to understand what is not said and exactly how it was not said.

I pray that the demonstrators do not act like those in Tiananmen who (partially because the world press was filling their heads and stroking their egos), with their idealistic enthusiasm, believed that they could not only extract some modest changes but also effect huge governmental shifts (and that the world would stand by them). That didn’t work out – China does not respond well to demands and threats.

Demanding that an independent commission be appointed to investigate the documented and unsupportable actions of the police (strip-searching and otherwise humiliating those arrested, beating bystanders, engaging with the triads to beat protesters and innocent onlookers, just to name a few of the actions that are unacceptable in any modern society) – this is a legitimate request and will do much to repatriate Hong Kong’s image as well as to perhaps start to obviate some of the citizens’ realistic recent distrust in the government and the police.

Demanding that charges be dropped against those who willfully destroyed property and threw Molotov cocktails etc. is understandable, but it is equally understandable that that is not going to happen and never should happen, for that is a precedent that should never be set in any modern society either.

And demanding that Hong Kong hold democratic elections, something that it has never had, is unrealistic and is a position that is doomed to failure. The vast majority of citizens in Hong Kong were vehemently (and with bloody good reason) opposed to the extradition legislation and expressed their discontent by peacefully turning out by the hundreds of thousands in good weather and bad, to march, whether officially sanctioned or not. That this legislation was presented at all and that this legislation was presented in the way that it was revealed to the people that the government in which it had previously reposed its confidence was no longer even remotely functioning on its behalf and the intent of the demonstrators, who were of all ages and social strata, was to equally voice their concern at this unacceptable state of affairs.

Those points have not only been made, but effectively heard, not only in Hong Kong, but in Beijing – and, just for the record, let it be known that Hong Kong is my favourite city in the world and that I am not negative on China – far from it. I spent a good part of my adult life helping China. I am negative on what is being done in it and to it. That said, expecting China/The Chinese Government to abdicate its power is as much naïve as it is illogical, just as is the expectation that this will be actively supported by the majority of the Hong Kong population.

Just as I have scorn for those bureaucrats in the Shenzhen-based Hong Kong and Macau Authority (who aren’t native to the region and don’t speak the language or share the mindset) who misadvised Beijing, I also have no better thoughts for those who, having been emboldened with some well-deserved successes, don’t know when to declare a victory and retire gracefully with face and honour.

The preachers, DT and Xi

I was going to write what DT said this past week, and Xi, and…and…and….but what’s the point? It seems like they are all preaching for the sake of preaching and that much of what is being said is pure nonsense – at least I hope that it’s nonsense because, if it’s real, that is truly scary. For example, Donald says that he isn’t intending to discuss Huawei in any trade deal (Tech Crunch, September 4/19) —– oooo, so what’s China going to do about their #1 tech company, roll over and play dead? I mean, that isn’t even a plausible plot for the tabloids. 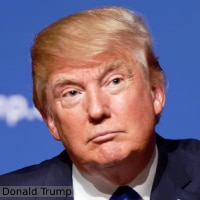 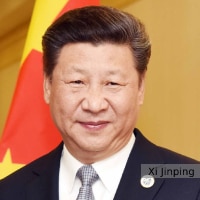 And, according to Bloomberg on September 5th/19, foreigners are going back to investing in Chinese stocks – I don’t know whether it’s just Bloomberg trying to give the Beijing government some positive spin and gain some traction but, if it’s true, that is another scary anecdote supporting the adage that fools go where angels fear to tread. I mean, hey – the economic figures can’t be trusted, the audited figures for sure can’t be trusted, the legal system is still upside down, and the Chinese economy is in the dumpster, and they’re going to invest in Chinese stocks in China? Oy.

English is derived from Chinese?

But – if you want outlandish, here’s the following…..first, I will postulate that prejudice, aside from being reprehensible, is just plain stupid. There are good and bad among any and all and the colour or sex or nationality or religion doesn’t change that statistical fact. But, that said, in the name of prejudice, people postulate all sorts of unbelievable propositions and here’s one that I heard about a few days ago that will (hopefully) flummox you as much as it did me. The World Civilization Research Association, a group of Chinese-speaking scientists (?) meeting in Taiwan, declared in August that English is actually derived from Chinese.

Now, before you tell me that there are 550 officially recognized dialects on the Mainland (not to mention many more ‘regionally confined’ ones), they ultimately specified Mandarin. That is, in and of itself, a most interesting specification , seeing as Mandarin as a language is only descended from the Mongol Yuan dynasty (ie. about 800 years ago). Just FYI, the most spoken native language in Taiwan is Min, which is related to Fokkien, the language of Fujian Province.

To support their conclusion (a-i-i-a-a-h – all-purpose Cantonese exclamation for, in this case, WTF!), they, in all gravitas, used the example of the Mandarin word, “yeluo”, which means ‘falling leaf’ and referred to the English word, “yellow”, being similar in pronunciation and meaning (sic) – that maple leaves are orange and red, that many others are brown, are just inconvenient facts that can be safely ignored in the pursuit of science (sic) and education (double sic)– that the English language descends from Old French, Old Norse, and Saxon is, according to them not true because, again according to them (drumroll), the entire history of the western world before the 15th century is a total fake……poor Donald …..here are people who are outfaking him with fake news. It’s enough to make his hair go grey. I am most definitively NOT making this up – my imagination is not that fertile.

Russian and German were from Mandarin too ?

Greece? Never happened, Aristotle! Rome? Julius and all his bros, not to mention Pompeii and the wars with Carthage – figments of an overactive imagination! And to think of all the time that I spent studying this stuff LOL. Likewise the invasion of Britain in 1066? Alas, also fake, or so they express. They weren’t specific as to who made up this ‘fakery’ nor how it was perpetrated nor where the people suddenly came from after CE 1399 but, just so you know, English wasn’t the only thing being singled out. They also declared, in all sincerity, that Russian and German were also derived from Mandarin. Ya/Da/Ja. It’s amazing that people can take a few bits of quasi-data and extrapolate the way that they have – but I feel that, in full candor, we should also give them another example – the Mandarin word, “shi”, is pronounced, “shih”, and means the same as shit.

Have a great week. Any comments/suggestions? Please let me know.