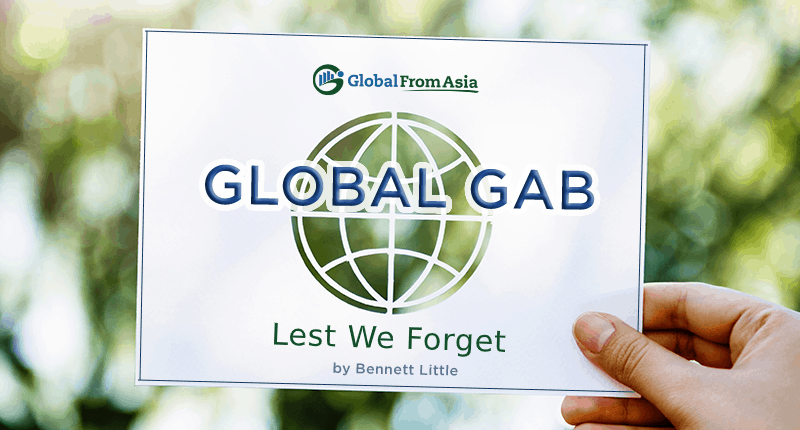 Well, we are heading into the retail season – Singles Day, Thanksgiving, Christmas – but it has been a long time since I have seen a mood less exuberant. Almost everywhere one looks it seems that the inmates have taken over the asylum.

In Hong Kong, the protesters are doubling down with increasingly strident demands underscored by unabated violent behaviour – yes, the government has been wilfully blind to the concerns of a large percentage of its population and both the government and the police have been, one could say, almost deliberately deficient in their response to legitimate grievances…one could even make the point that they have been deliberately responding (sic) in a manner designed to provoke anarchistic behaviour and thus make their own position of intransigence seemingly more credible. Referring to the protesters’ actions as, “A virus of violence” (Xie Feng, October 24th/19) and threatening, “We’ll grind you up and crush your bones” (Xi Jinping, October 15th/19) far from mollifying anyone, is going to only exacerbate an already unacceptably volatile situation. Lest we forget – Hong Kong was, until recently, the place to be as an all-round centre for Asian business….now, hotels have space at the height of the season, fairs show reduced attendance, planes have excess capacity, and money is exiting – isn’t it way past time to sit down and resolve this mess? Lest we forget – a pyrrhic victory is scant consolation to anyone.

What’s Up In China

It’s now Singles Day in China, the major shopping day introduced by Alibaba just 10 years ago, and it’s interesting to note that, in just the first 90 minutes today (in Asia), they took in over US$19 billion, which is 50% of the total of what they did in the record 24-hour period last year! And no computer hiccups – hear that Starbucks? Hear that Hudson’s Bay Company? Lest we forget – Alibaba last year did billions of lines of transactions with absolutely no burps, hiccups, or slowdowns – not one! Kudos to them on showing everyone worldwide how to get (some) things done.

It should be noted that the recently concluded 126th Guangzhou Fair had, according to official sources, some 67,767 booths and was expecting (prior to the opening thereof) some 200,000 visitors. The final released Fair results from Xinhua on November 5th/19 are difficult to decipher as they unfortunately chose to put emphasis seemingly solely on the Belt to Road countries….you can draw your own conclusions as to how sales fared with countries where supply chains are now “in transition” due to trade ‘issues’. Apparently, North American and Western European purchases are in the “want to forget” category. Lest we forget – you can’t remain credible that way.

It was reported in Bloomberg, also on November 5th/19, that US trade with China dropped 4.9% in September, after further previously proposed tariff increases were imposed…..but, lest we forget the other side of the ledger (which Xinhua seems to have done regarding the GZ Fair results), the Chinese imported 10% less from the US for the same period. Oh, must be another pyrrhic victory! Good one, Donald.

Further along the same track to nowhere, Reuters reported on October 30th/19 that factory activity in China shrank again (this makes it 6 months in a row) and that, despite the expectations of world economists that there would be no change from the September figures (which were nothing to boast about as the PMI, at 49.8, had turned into contraction territory) – and despite the efforts of China’s economists to spin that hope into reality, the actual figures came in at a dismal 49.3. Lest we forget, China’s economy is in a mess, and getting messier. Oh, and further lest we forget, as reported in South China Morning Post dated October 27th, 2019, “earnings across all state-owned manufacturing sectors (were) down, despite government efforts to bolster growth”. I guess that misery loves company – I guess everyone is drinking from the same bottle, Chateau Pyrrhic 2019!

In an effort to further stimulate the market and keep the property sales moving, it was reported in Bloomberg (also on November 5th/19) that 30 cities (or more) will now make it very easy for non-local workers to obtain a hukou (residency permit). It should be noted that a hukou not only gives the holder the right to buy a property in that area but also gives the holder, among other things, the right to have their child go to school. This effective penalization of workers in that regard caused huge social rifts, with results such as workers being able to see their children only once a year when they return home at New Year, or resulting in children that accompany their parents receiving no formal education and becoming part of a permanent underclass. A further comment on the expectation by political cadres that this long overdue leniency with the hukou will stimulate real estate activity – like a lot of things in China, it sounds great on the surface. But, like an onion, there are multiple layers – leaving aside the fact that most cities charged non-residents a monthly fee that will now be foregone if the person becomes a legitimate resident, the average non-resident worker in a tertiary city earns approximately RMB 7000/month – but the average cost per bare (ie. walls only – no wiring, no plumbing) square metre (“pi mi” in Mandarin) in a regular residential building is more or less the same, and the average apartment is 60 metres…add in the costs of finishing and then do the math. Moreover, in primary cities where non-resident workers are employed in droves and where property prices are several multiples of RMB 7000/sq.m., cities such as Guangzhou, Shanghai, and Beijing, residency permit strictures have not been relaxed.

What We Must Remember

Lest we forget, November 11th is known world-wide as Armistice Day or Remembrance Day…both World War I and World War II were ended officially at 11 AM in 1918 and 1945 respectively. We must never forget the sacrifices made by those that came before to protect us, their loved ones. Take a minute at 11 AM, wherever you are to stop and remember and give thanks – they are not forgotten.

Let me know at: