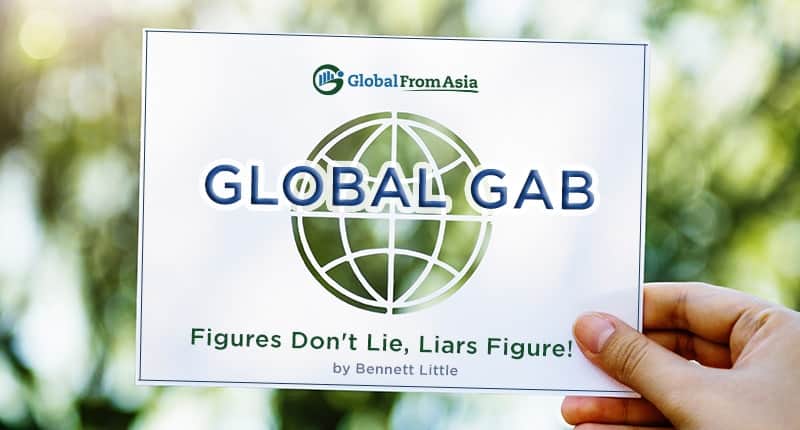 Good day, all – I hope that you are all well and doing everything possible to stay safe.

The saying, “Figures don’t lie but liars figure”, was first told to me by my father-in-law, the late Louis Orenstein, QC z”l, a brilliant lawyer and a real down-to-earth principled man. The statement itself has been attributed both to a brilliant statistician named Wright and also to Mark Twain, both known and remembered for pithy remarks. Yet none laid claim to authorship of same and, for the purposes of discussion, we’ll just have to let it lie. I mention this only because, as you know, I try to always include references into my articles, except where doing so would be only to further underscore what is already common knowledge.

There is also another quote, “Fools rush in where angels fear to tread” – for this one at least I can provide undisputed provenance, said being Alexander Pope in 1709. There seems to be a lot of fools out there, those running around without masks qualify. But I don’t notice any of them rushing to a C19 ward to try their luck and prove that the risk of contagion is the hoax that they claim it is.

So that rules them out of this equation. But here’s one to consider (facts come from Bloomberg) – since 1816, the year of its Independence, the country of Argentina has defaulted 9 times, with many times having inflation as high as 5000%/year. OK, you say, that’s in over 200 years, as if that would somehow mitigate the events (try telling that to the widows and orphans and retirees who were saddled unwittingly with their bonds) – but I digress.

The Fools Rushed In 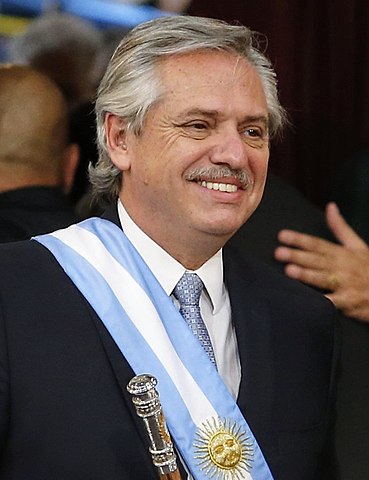 In 2017, about 1 year after settling with Elliot Management subsequent to its last fiscal collapse, Argentina issued US dollar 100-year bonds and they were “hotly demanded”, notwithstanding past credit (sic) history. Barely 2 years later, with the election of a new president, the bonds submarined to the point that BBG calculated in August 2019 that the bond was worth maybe $0.40 on the dollar. Marketwatch.com, in March 2018, asked in a headline, “Who would be foolish enough to buy (those bonds)?” Who indeed? The thinking was that banks were offering so little interest that one should grab extra where one can – my wife, an equally brilliant lawyer as her father who does, among other specialties, very shrewdly manage several substantial estates, once told some huckster – “I am looking for tax writeoffs, not capital writeoffs”.

(not to mention that the country would have sufficient US dollars and credit to actually pay). If the currency dove and/or banks did not have sufficient US funds available, then the tranches of the bonds would cost significantly more for Argentina to pay in real terms, assuming that they could pay at all.

And that is how it is playing out – barely 2 years after being issued, major holders of the bonds sued in London due to the Argentinian Government’s manipulations to autocratically rejigger the interest payments and thus avoid its 3rd default of this century. The judge on July 22nd (according to Financial 360) refused to toss the case….yesterday, August 3rd, came news that the case was settled as terms were agreed. Probably one of the few times that a vulture fund was called an angel (unless the Angel of Death, maybe). The estimated value now? Just 55% of par…the fools rushed in and found out exactly why they are called fools.

As to liars figure, OMG where do I start, who do I pick from such a pantheon of super-heroes (sic)? Who should get the title of Lyin’ King?

Remember when Boris Johnson assured everyone that Brexit would involve no inconvenience and things would be better than they were before and that the EU would pay for the UK to leave? As to the latter, for all voters who believed him, I hear that there is a wall for sale cheap on the southern US border – Donald has insisted that, “Mexico will pay for it”. To be fair, Boris never did mention how or even why the EU would pay for the UK to leave and the British tabloids seemed more concerned with the size of Kate’s and Megs’ breast measurements than they did with getting the truth out of Boris. 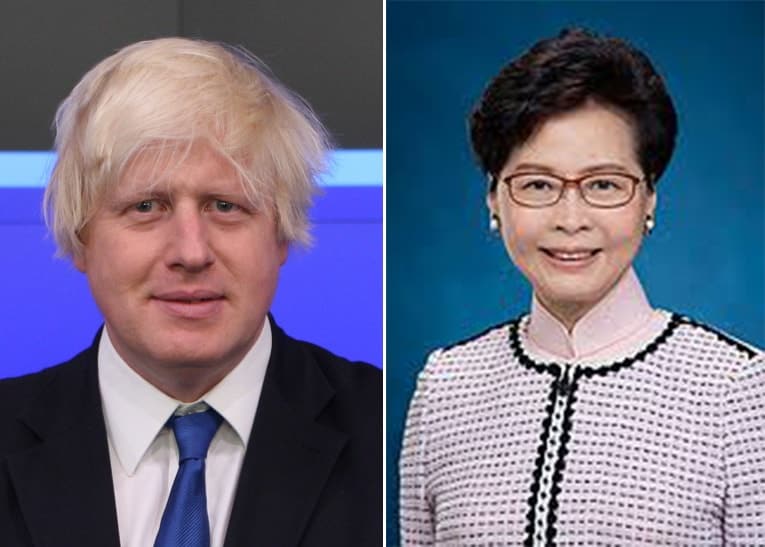 They probably deduced that they had a better chance in discovering prurient details about those 2 princesses than they had in ever discovering an iota of truth in Boris – I can’t say that I disagree with that assessment. And let us not forget Boris’ fatuously blasé comments about the seriousness of the coronavirus before he caught it and almost died – I would say that he must have had the s—t scared out of him but, if that were actually true, he’d be dead because there would be nothing left.

Carrie Lam of Hong Kong is in the running – her priceless positing that the new Security Law enacted on July 1st this year, the Anniversary of the day of the handover of HK to China, was, “a gift to the people of Hong Kong”, has got to rank her right up there in the BLL – Big League of Liars. Her leadership(sic) has also been marked by a horrible response to the virus and one of the most rapid declines in the popularity of an elected government ever (+80% to 34% in 18 months). But, when all’s said and done, she just doesn’t have the opportunities others have. 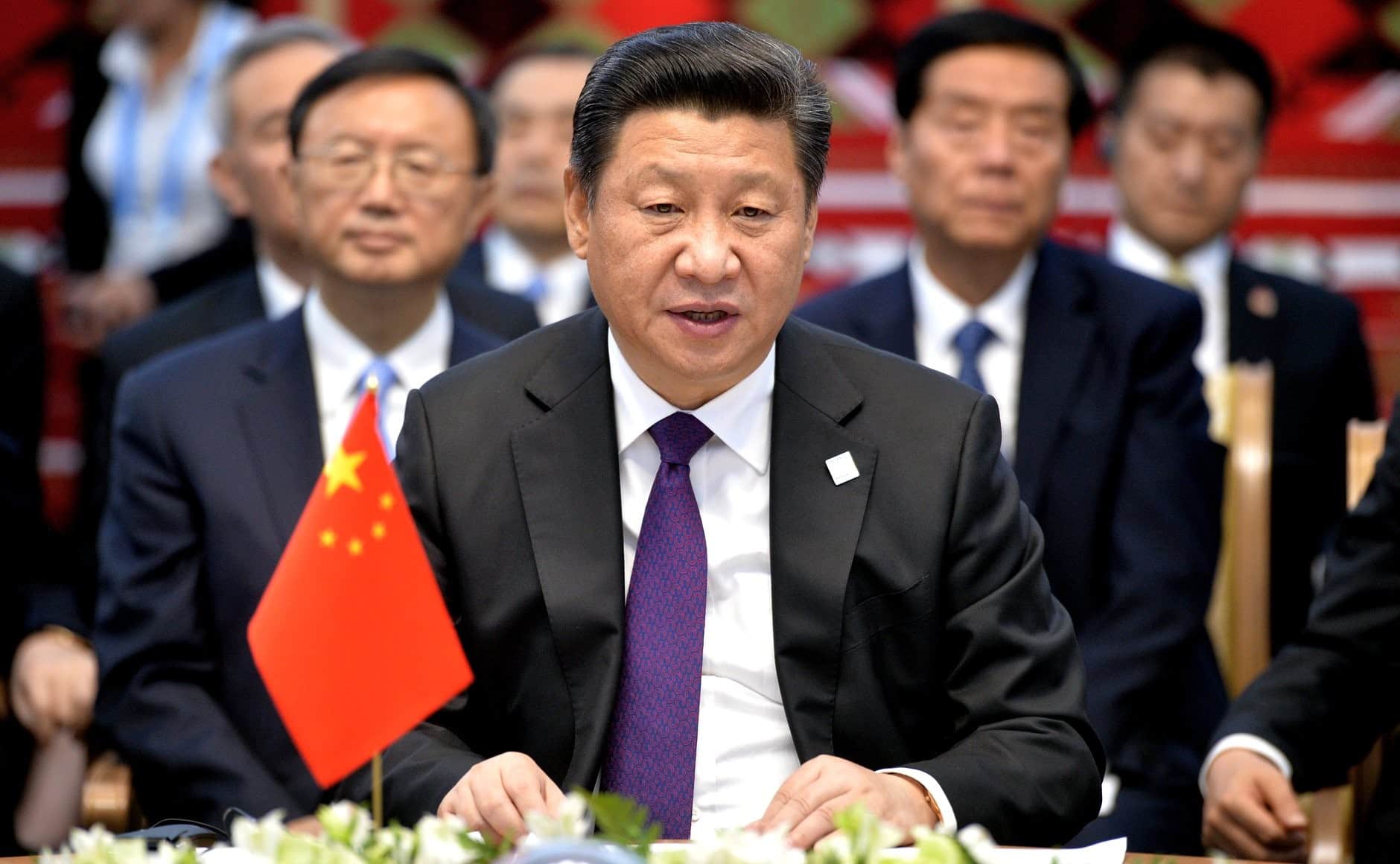 If we were going to introduce economics into the mix, one would choose China for contention for the title, due to the plethora of misleading statements and outright falsehoods. On July 31st, the China Daily reported the statement that, “(the Government of China) hopes that the US business community will seize the opportunities brought by its booming economy” – uh huh…the only boom in China these days is the sound of heads hitting the walls of empty shopping malls and office buildings (United States China Business Council reported on July 26th that current vacancy rates in Shanghai are 20% and 21% in Shenzhen, and BBG reported on the July 31st that the stock of office space will increase by 60% by the end of 2023 over end of 2019 figures – BOOM!).

The only other thing booming was the reverberation occurring when my jaw hit the floor upon reading that comment. Man, if that were a sandwich, it would be a Whopper. Not to be outdone, The People’s Daily on July 27th blithely reported that the Ministry of Human Resources and Social Security declared that 5.64 million of new urban jobs were created in the first half of 2020 and that this was 63% of the total target for the year; they also declared that the surveyed unemployment rate stood at 5.7% in June.

For all intents and purposes, China was effectively closed for 3+ months out of the first 4 of 2020….if anyone could see the country today, they would notice the massive number of closed shops, restaurants, and factories – so where these ‘gains’ came from is, to be polite, unclear and is doubtless on the same line as the word, “surveyed” – “Hear no evil, see no evil, speak no evil” translates, in China Government statistics as, “See what you’re told; Hear what you’re told; Report what you’re told”.

But who can we nominate for the Lyin’ Crown – the beauty (sic) of the system is that everything is done by committee, where no one individually is to blame and everyone is complicit.

Modi’s in the Running too 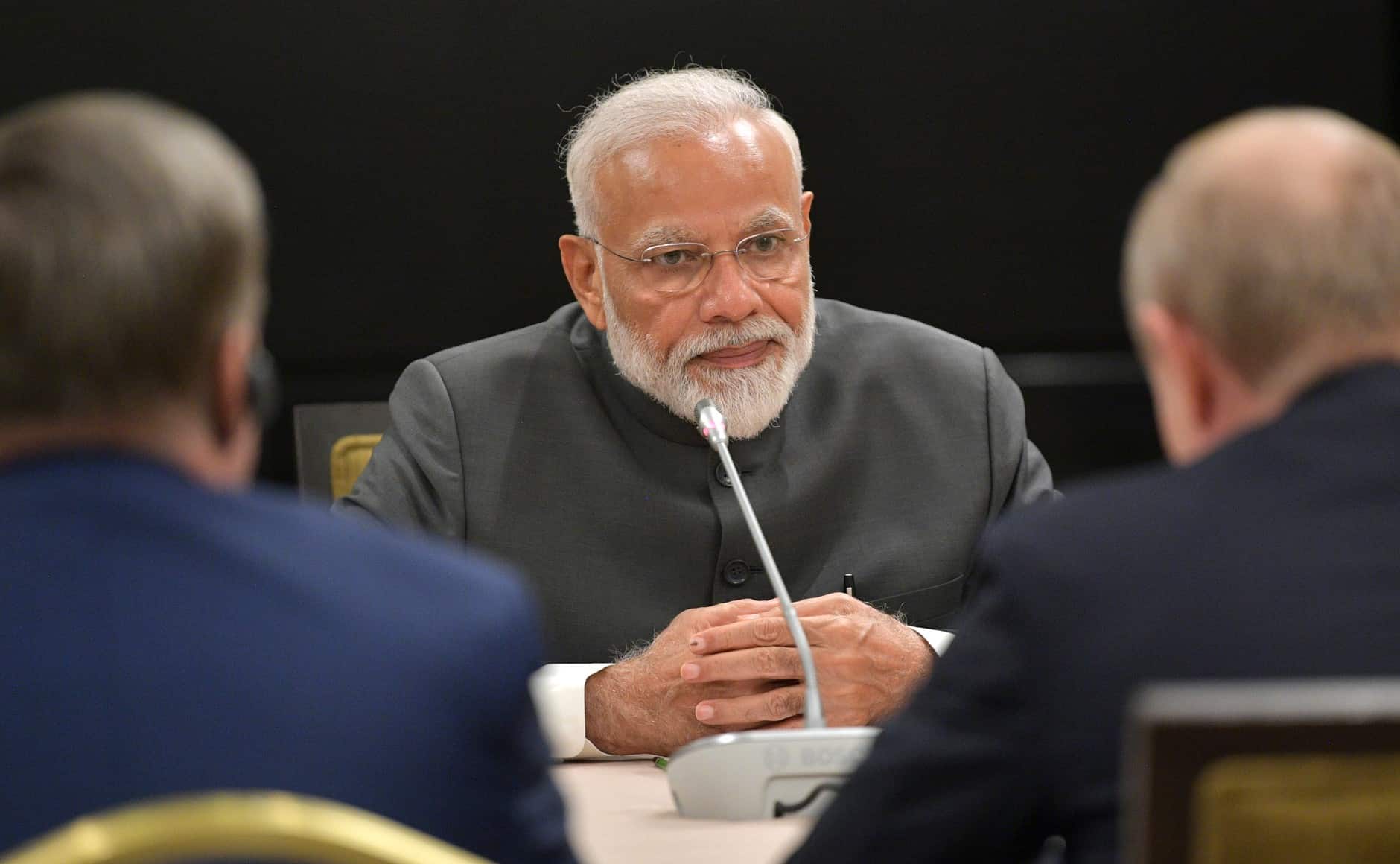 So, to the next – Modi of India…..here’s a man who 4 months ago was blithely declaring that the coronavirus would not affect India …two weeks or so ago, there were less than 30k infections a day reported – now they have close to double for the whole country of close to 1.4 billion people. At the same time, BBG reported on July 28th that the slumdwellers in Mumbai had (probably) achieved herd immunity as over 60% of them had the necessary viral antibodies (which only occur if someone has caught the virus and overcome it). Now here are some real interesting true numbers – the City of Mumbai has 12 million residents, and fully half of them live in the slums; a further 1.2 million people (10%) live on the pavement.

Just taking the 60% figure and applying it only to the 3.6 million of estimated coronavirus survivors in just Mumbai City over the last 3 months, that gives you roughly 40,000 of infected survivors per day….so how could the infections truly only be, as of now, 52,000+ per day for the whole country and, until about 10 days ago, less than the 40,000 (and remember, my figures show survivors, not the gross amount of infected)? And the answer is…..they couldn’t and they can’t. Advantage Modi!

Can’t Leave the Don out

But we can’t leave out Don – when Donald Trump issued forth from the primordial ooze 74 years ago, could anyone have doubted he would make his mark? Who knew that a person with multi quasi-fraudulent bankruptcies to his credit (sic), with a reputation for almost never keeping his word and for only caring about himself – who knew that he would become president? From the day that he took office until June 1st/20, roughly 3.5 years later, The Washington Post has kept track of Donald’s veracity (sic) – over 19,000 exact lies ….not half-truths, not vague comments, not misstatements, but sheer outright deliberate lies.

On March 11, he declared that the USA was, “testing more people per capita than any other country” – leaving aside the speciousness of that comment, he ‘forgot’ to mention that most of those tests were defective. On March 12, he doubled down and stated emphatically that, “the USA had tested more than all nations put together”.

On April 27th, he finally addressed the joint problems of defective coronavirus tests and insufficient numbers of non-defective ones by declaring, “testing will not be a problem” – and, on July 17th, he was happy to announce that, “the US has the best testing”. That last comment was undoubtedly news to the governments and citizens of South Korea, Taiwan, Singapore, and Israel, to just name 4.

Donnie Donkey has told a whopping 15 lies on average every day, weekends and statutory holidays included. Can you imagine Donnie having to tell the Story of Christmas to Virginia – yes, there is a Santa Claus; no, there isn’t a Santa Claus …which way does he go? 15 lies every day, every day, and that doesn’t count his golf days – “Mr. President, how’d you do on that hole?” “Oh, put me down for a birdie.”

And the Crown Goes to… 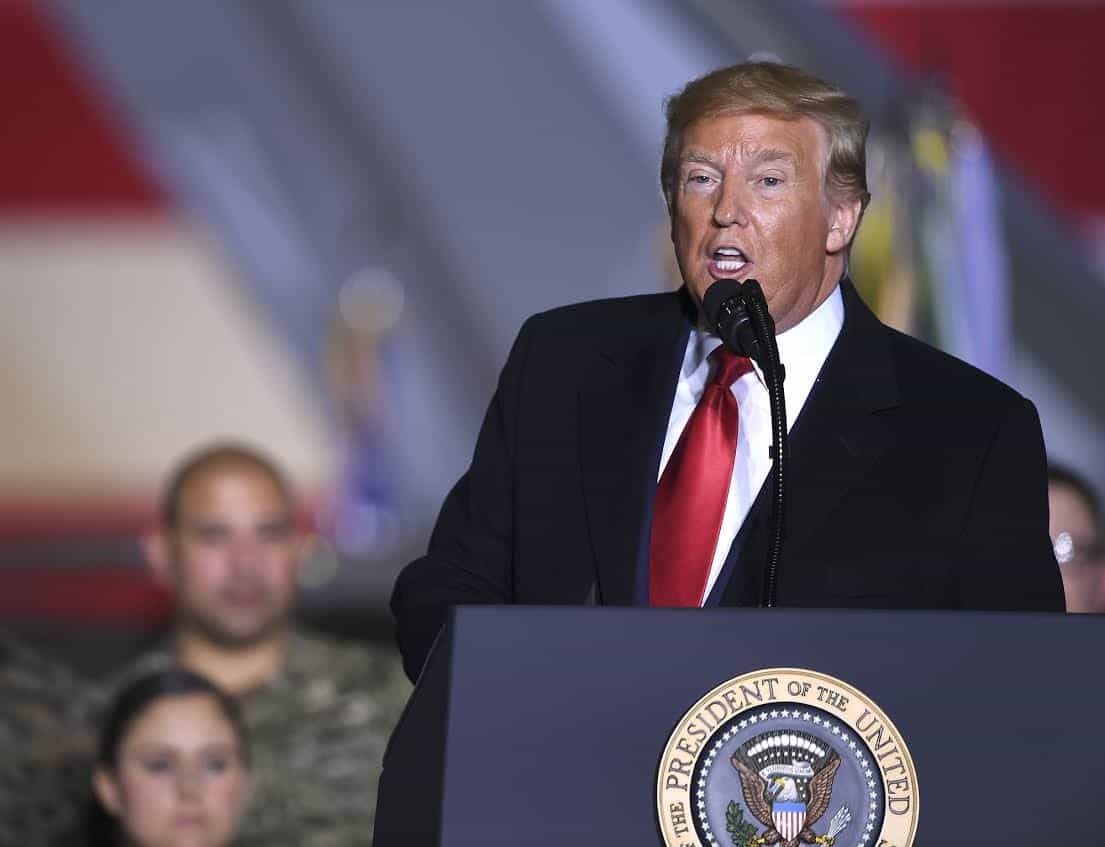 He blusters here
He blunders there
He does his lying everywhere.
Known for deceit
And empty promising
I propose Donald Trump
For crown of Lyin’ King.

Thanks for reading – comments? Suggestions?