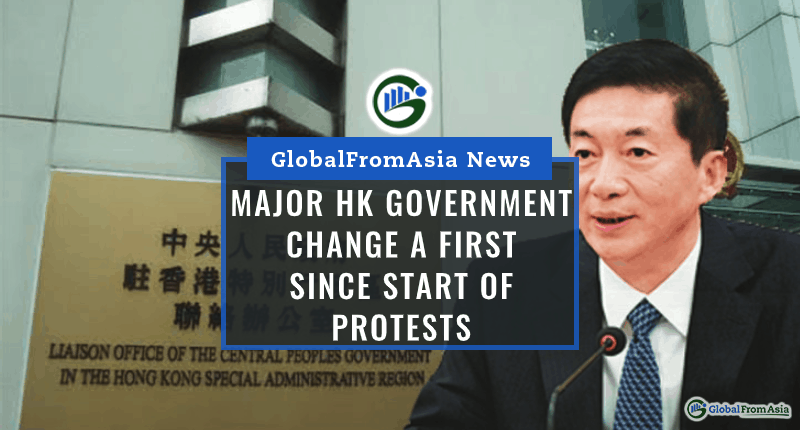 The Chinese government has changed Hong Kong’s top liaison. This change is the first major government change since the protests started last year.

Just as the new year rolled in, the Chinese government made their first significant change to Hong Kong’s government. Wang Zhimin, their top representative to Hong Kong coming into the year, was replaced with Luo Huining.

The replacement has struck many as odd. Many people have not heard of Luo. It is largely because of the choice of candidate. Part of the surprise came from Luo’s age of 65. Another part of it was that late last December, he was already assigned a new position.

He was recently appointed as the deputy director of financial and economic affairs committee. This assignment is usually reserved for those who are almost retiring.

Right before this recent re-assignment, Luo was the head of the Shanxi province. He was put there in order to quell the corruption flooding the area. With his skills, he was able to stifle the seething corruption and rebuild the government.

Luo’s career has been one that is all about solving problems and thinking out of the box. Prior to his assignment in Shanxi, he worked for a decade in the western province of Qinghai. Qinghai is a province that has many ethnic minorities.

In time, he rose through the ranks. He went from deputy governor, to the governor, and eventually ascended to the position of party secretary.

The people that do know him understand that he is a soft-spoken man. However, his reputation is one that paints him in a capable and responsible light.

The Other Moving Parts

Most of the general public blame the on-going protests in Hong on Wang’s leadership. The central government thinks otherwise and wants people to know that that is not the reason for his dismissal. He will be given a respectable and dignified exit.

Wang already has some other position to land on. He is being sent back to Beijing where he will take on a position that has yet to be identified. It will be a position that is not related to Hong Kong at all.

Chief Executive Carrie Lam took to the podium hours after the announcement and thanked Wang for supporting the government’s actions.

Looking to the future, it is interesting to see what Luo’s actions will bring to Hong Kong. One expert said that choosing Luo showed Beijing’s strong decision to break the Mexican standoff that has become the Hong Kong landscape.

He also points out that Luo is largely removed from Hong Kong’s society. He has no existing ties with businesses or frameworks. Thus, he will be able to work at his specialty and apply out-of-the-box solutions.