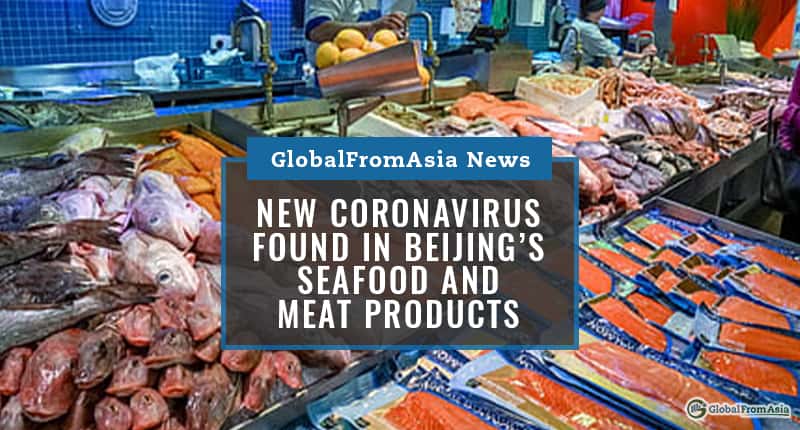 Heavy traces of the new Coronavirus were just found in certain seafood and meat products in Beijing.

An analysis of seafood and meat trading sections in Beijing has shown that they are heavily contaminated with the new Coronavirus.

This new report came out just as a resurgence of new Coronavirus cases appeared in China. These new cases over the past week came from the Xinfadi food center. This massive center has warehouses and trading halls. The size of the whole center nears 160 soccer pitches combined.

As of the latest resurgence, China has had more than 100 more new Coronavirus cases. This has naturally increased the fear of more contagion from the Chinese citizens.

The chief epidemiologist from Beijing held a briefing last Thursday. In the briefing, he helped shed light on the newer patients from the Xinfadi food center.

Of all the recent patients, the chief epidemiologist revealed that most of them worked at the seafood and aquatic product stalls. Next came from the beef and mutton section.

He also noted that those that worked with seafood began showing symptoms way earlier than the others.

Finally, he cautioned that further investigation was necessary and will be carried out. In an attempt to explain this occurrence, preliminary assessments stated that low temperatures and high humidity could have been the source of the outbreak.

Low temperatures are a good factor for viruses to survive.

As a response to these findings, the Chinese government has stopped any imports from Europe salmon suppliers. They fear that this may link to the current outbreak.

They have also warned their citizens against eating raw salmon. This took place because they found the virus on chopping boards used for imported salmon.

A leading body within the Communist Party stated that the vulnerabilities and low hygiene standards in food markets must be addressed.