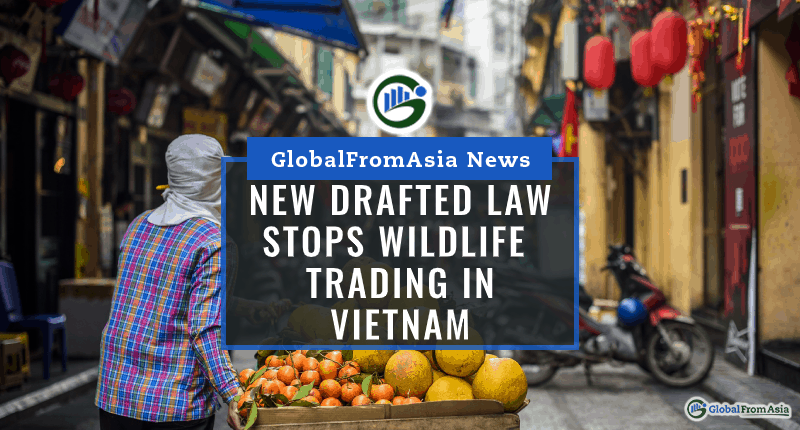 A law will be drafted that looks to put an end to Vietnam’s wildlife trading.

The new directive against the wildlife industry came from Vietnam’s Prime Minister, Nguyen Xuan Phuc. He directly asked the country’s agriculture minister to draft a law to stop illegal trading and consumption of various wildlife species.

The motivation was to stop any harmful and infectious diseases from ever coming to light. This just happened recently in Wuhan, China, the birthplace of the Coronavirus that has brought the world to its knees.

Vietnam’s wildlife industry is a massive operation. It is valued at over a billion dollars. The new law looks to stop the trading from farms, markets on the street, and even online shops.

The street markets all over the country will be closed. The online stores will be prosecuted for selling any wildlife. Finally, the law will hopefully put pressure on farmers who have links to illegal wildlife trading.

This move was actually started by Pan Nature, a wildlife NGO based in Hanoi. Recently, this office sent a letter to the Prime Minister’s office. This letter called for the closing of all markets and illegal trading happening in the country

This letter was also signed by 14 other environmental NGOs. These include groups like WWF, ENV, Traffic, and Animals Asia to name a few.

Now, the Prime Minister has urged his own ministers to draft a law by the 1st of April. The various environmental groups have all come together for this. They have united to create and give proposals that the government can enact.

While the law would take a huge hit to its revenue, the animal rights organizations see it as an absolute win. The question is whether the law will be enforced moving forward.

VIetnam has actually started to protect animal rights back in 1994. It started with the Convention on International Trade in Endangered Species of Wild Fauna and Flora (Cites). They introduced a list of wildlife species that needed to be protected.

These species include rare animals like pangolins and rhinos. This protection also spills over to curbing illegal trading or killing of wildlife.

Vietnam has take what Cites had to say and enacted laws following their directive. If anyone were caught, they could face time in prison or pay a fine of more than USD $600.

However, various people who campaign say that these illegal practices still continue. It is mainly due to poor enforcement of the law.

Currently, both illegal and legal animal trading takes place in Vietnam. It is a strong industry. That is why it has reached its current valuation.

Across Vietnam, stalls are selling animals both as pets and as food. Then, there are also online markets that advertise new animals on Facebook. You can find baby leopards, sea turtles, frozen tiger cubs, bats for cooking, and more.