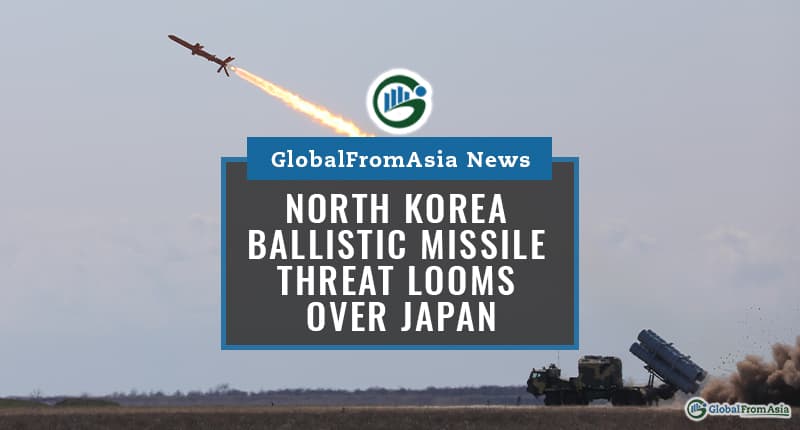 North Korea has just threatened Japan with ballistic missiles. While the threat was said in passing from a state media report, it is still something that perks up people’s ears.

The Test that Led to a Threat

Recently, Japan noticed that North Korea had been firing missiles last Thursday. They noticed a total of two missiles fired. They came from the South Hamgyong province and landed in the Sea of Japan. This was actually noticed by the South Koreans.

Japanese Prime Minister Shinzo Abe released a statement regarding these tests. In it, he condemned the testing of these ballistic missiles. He said that it was not only defiant to Japan, but also to the international community as a whole.

This condemnation actually stemmed from resolutions placed by the United Nations (UN) Council. The UN have said that North Korea is not allowed to test, let alone fire, any ballistic missiles.

North Korea got wind of this reaction from Prime Minister Abe. They fired back, saying that it was not a ballistic missile test. Instead, it was a “super-large multiple rocket launcher” test.

They also released a statement through the Korean Central News Agency. In this statement, they began by berating Prime Minister Abe. They said that he was, “an idiot” and “the stupidest man in the world” for failing to distinguish between a ballistic missile and their super-large multiple rocket launcher.

Then, they placed the cherry on top. It was the threat. They said that in the near future, Abe may see what a real ballistic missile actually is.

They then capped it off by calling Prime Minister Abe an imbecile and political dwarf.

Ballistic missiles are not the only thing that the United Nations has condemned. Their nuclear programmes are also tightly under wraps. These two items were at the heart of their talks with the United States earlier this year.

The North Koreans hope to lift these sanctions through their talks with the United States.

When February rolled around, talks between the two countries grounded to a halt. Talks broke down in the summit in Hanoi.

Four months later in June, Kim and US President Donald Trump met again. This time, it was at the demilitarized zone that separates the two Koreas. They eventually agreed to begin working-level talks again.

These talks started in earnest in October. However, it did not progress as people hoped it would.

Prime Minister Abe has also reached out to Kim earlier this year. He wanted to have talks with North Korea’s leader on the condition that there were no conditions.

When this invitation was extended, people thought that negotiations regarding the nuclear issues would be talked about. Also on the agenda was how North Korea had detained and abducted Japanese workers before.

This meeting did not push through as well. Instead, Prime Minister Abe was banned from ever stepping foot in Pyongyang due to his condemnation of North Korea’s weapons testing.