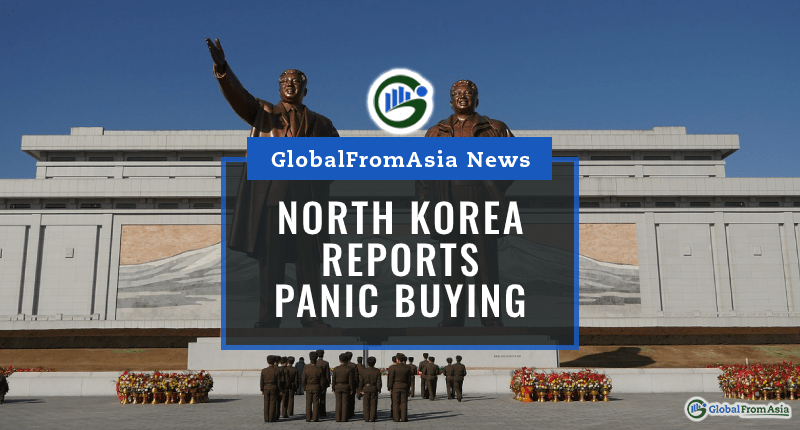 The reports originated last Monday that some people were panic buying at certain stores and groceries. Sources reported this news to the NK News station.

This has resulted in more shelves coming up empty. Shortages for certain items are also becoming apparent. One cause for concern is that certain staples are nowhere to be found anymore. These include vegetables, flour, and sugar.

Another source stated people were rapidly buying imported products too. Even in stores geared towards diplomats, the range of offered items is slimming. The fact is that imported products are running out in North Korea.

This development also shows that more and more products are getting sold out.

At present, experts are unable to pinpoint this explosion in demand and store buying. One witness stated that people are currently just storming stores and buying whatever they can. The witness added that it is getting harder for people to enter stores with everyone coming in.

When reports came in at the start of the week, the demand and buying increased by mid-week. It continued to increase as the week went on. People in the country also said that they were told to buy certain key products on Tuesday.

One Twitter account linked to state media tried to counter the claims of items running out. The post showed footage from Pyongyang’s best department store. It said that there is no panic buying due to the pandemic and that shops are full of food.

Currently, experts are unable to understand why people are acting this way. One idea though is that this shortage is connected with the news of Supreme Leader Kim Jong Un’s declining health.

There has been news swirling that Kim is in a vegetative state. This claim has not been substantiated at the time of writing.

The report said that they are examining inroads and borders. They are also looking to impose precautions of borders and “territorial air and waters”.

With this information at hand, certain experts are hypothesizing on the panic buying. For one, it is suspected that there has been a spread of the Coronavirus within the country. The emergency measures could be a way to stop the spread.

Another theory in play is that they are hoping to mimic what China has done. China has just recently opened their stores and establishments. This was done to hopefully jumpstart the country’s economy.

No matter the reason for the panic buying, the truth is the citizens are concerned over losing supplies of certain items.